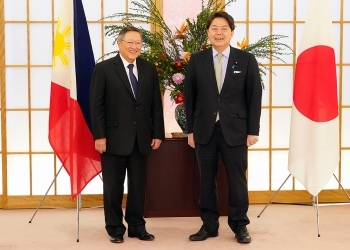 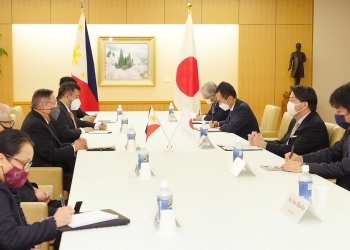 On April 25, Mr. HAYASHI Yoshimasa, Minister for Foreign Affairs of Japan, met with Hon. Carlos G. Dominguez, Secretary of Finance of the Republic of the Philippines, during his visit to Japan for about 30 minutes from 10:30 a.m. The overview of the talk is as follows: