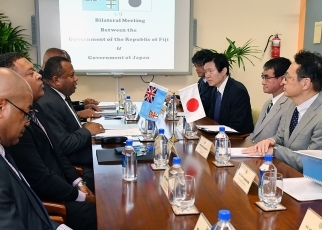 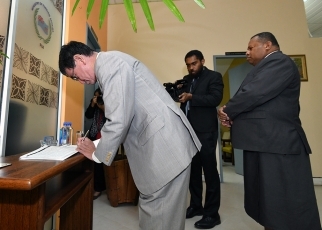 On August 4, commencing at 4:40 p.m.(local time; 1:40 p.m. JST) for approximately 45 minutes, Mr. Taro Kono, Minister for Foreign Affairs of Japan, held a meeting with the Hon. Inia Batikoto Seruiratu, Minister for Defence, National Security and Foreign Affairs of the Republic of Fiji, in its capital city of Suva. The overview of the meeting is as follows.