Big Improvement of International Airport in Malawi by Japan’s ODA 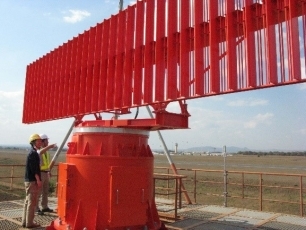 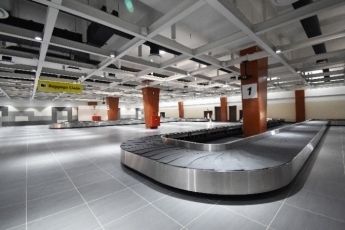 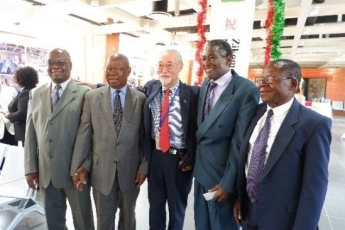 Malawian and Japanese people who were involved in the
original construction of the airport in 1982. They were
invited to the handover ceremony to celebrate the
enhancement of the airport and for reunion after 35 years.
(Photo provided by Gyros Corporation） 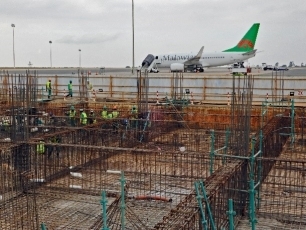 In recent years, the original facilities of the airport built by Japan’s ODA in 1982 had been experiencing great difficulty facilitating the increasing number of passengers both visiting and departing Malawi. The opening of the 3 new terminal buildings and the installation of the radar surveillance system are expected to contribute significantly to the airport’s operational efficiency; expanding its passenger handling capacity from 50 to 500 people per hour, as well as greatly improving the safety levels of the aircrafts.
At the same time, another technical cooperation project is ongoing at KIA that aims to continue long term support of the installed equipment; provision of training sessions to professionals of both radar air navigation and radar equipment maintenance.

Japanese companies including Gyros Corporation, Marubeni Protechs Corporation and NEC Corporation, among others, have played an important role in this ODA project. They actively transferred technology to the Malawian people at the construction site. They have even organized study tours for local students in the neighboring areas. 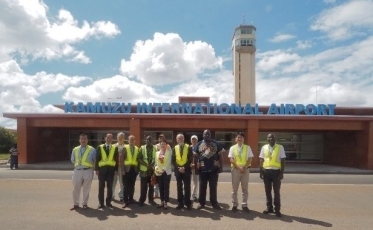 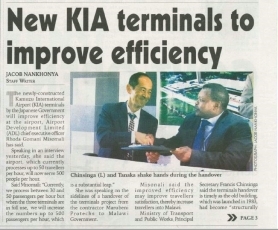 Article from (c) The Nation

Malawian government officials highly appreciated this project and said they would look forward to seeing more travelers coming to Malawi.

The handover ceremony of the newly constructed KIA terminal buildings was picked up by several media outlets in the country, including The Nation, Times, and others. The news was also broadcasted by the MBC (Malawi Broadcasting Corporation) in its prime news (YouTube

) on April 29th and 30th, 2019.
The last phase, renovation of the existing terminal building is undergoing.