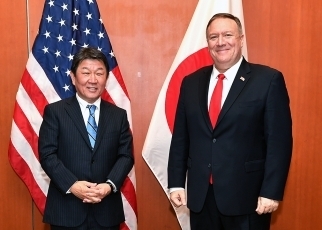 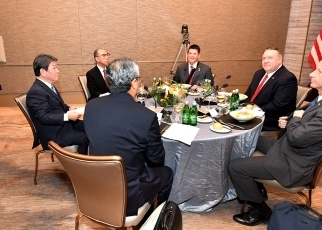 On January 14, commencing at around 11:50 a.m. (local time; around 5:00 a.m. Japan time on January 15) for approximately 90 minutes, Mr. MOTEGI Toshimitsu, Minister for Foreign Affairs of Japan, held a Foreign Ministers’ Meeting over lunch with the Honorable Mike Pompeo, Secretary of State of the United States of America. The overview of the meeting is as follows.