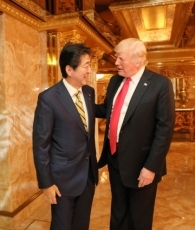 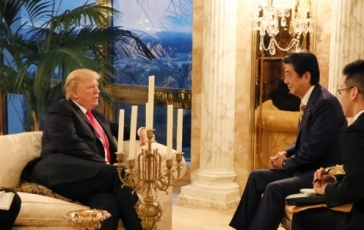 On September 23 (local time; 7:30 a.m. on September 24, Japan time), commencing at around 6:30 p.m. for approximately 2 hours and 30 minutes, Mr. Shinzo Abe, Prime Minister of Japan, who is visiting the United States, had dinner with the Honorable Donald J. Trump, President of the United States, at the President's invitation, at the Trump Tower in New York, joined only by their interpreters. The overview is as follows.