Mr. Taro Kono, Minister for Foreign Affairs, visited Honolulu, United States from August 21 to 23 (local time). The overview is as follows.
1 On August 21 (local time), Minister and Mrs. Kono offered flowers at the National Memorial Cemetery of the Pacific ( "Punchbowl") and Makiki Japanese Cemetery in Honolulu. 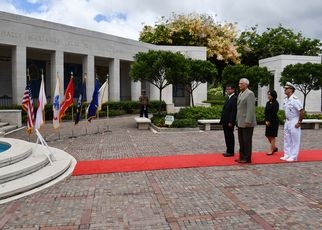 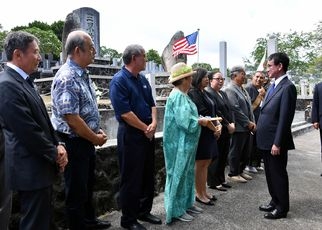 2 On the same day, Minister Kono held talks with Ms. Colleen Hanabusa, a member of the House of Representatives, and Mr. David Yutaka Ige, Governor of Hawaii, respectively. They exchanged views regarding Japan-U.S. relations, U.S. political and economic affairs including Hawaii, and strengthening the relationship between Japan and the Nikkei population (Japanese immigrants and descendants).
Congresswoman Hanabusa welcomed Minister Kono's visit to Honolulu, and remarkmade remarks on such matters as the Hawaiian Nikkei community's current involvement in politics and the recent U.S. trade policy. Minister Kono stated that he would strive to further strengthen the relationship between Japan and Hawaii, home to one of the most prominent Nikkei communities in the United States and where many Japanese companies are engaged in businesses.
Governor Ige noted on the excellent visit paid to Hawaii by Their Imperial Highnesses Prince and Princess Akishino in June 2018, and expressed his hope to encourage visits by Japanese tourists to Hawaii and investment by Japanese companies in Hawaii, and further deepen the amicable Japan-Hawaii relationship. Minister Kono stated that he would continue to promote enhancing of the Japan-Hawaii and Japan-U.S. relationships. 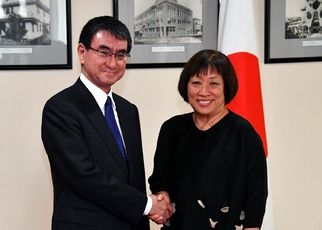 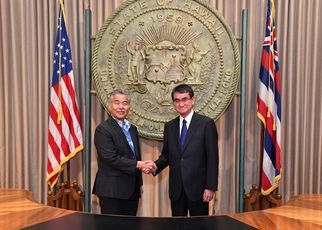 3 On the same day, Ministerand Mrs. Kono attended dinner and had a conversation with participants in the Japanese American Leadership Delegation (JALD) program, a program sponsored by the Ministry of Foreign Affairs inviting Japanese-American leaders to Japan. Minister Kono stressed on the importance of the ties between Japan and the Nikkei population in the United States, and the participants expressed their appreciation for the program and noted on the importance of Japan-U.S. exchanges.
4 On August 22 (local time), Minister and Mrs. Kono visited the University of Hawaii - West Oʻahu and saw the Hawaii Nikkei Legacy Exhibit, a photo exhibition. This was followed by an interactive session with Nikkei students and others at the University. The students expressed enthusiasm towards playing a role in Japan-U.S. relations in various forms in the future. Minister and Mrs. Kono encouraged the students to continue to deepen their studies of Japan and to serve as a bridge between Japan and the United States. 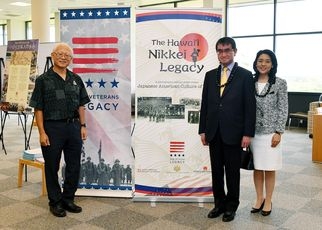 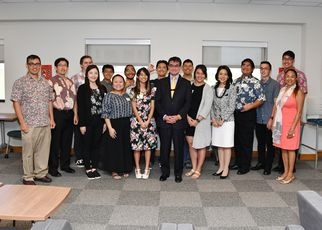 5 On the same day, Minister and Mrs. Kono visited Hawaiian Electric, an electric power company in Hawaii. They received an explanation regarding the company's initiatives to achieve Hawaii's goal of 100% renewable energy by 2045 and toured the company's facilities. 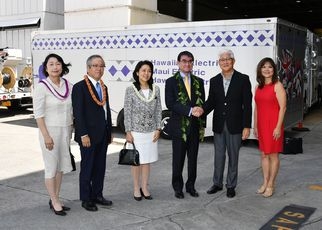 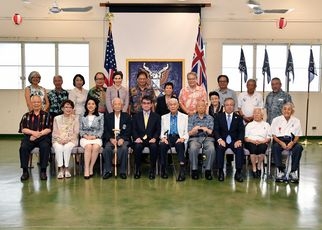 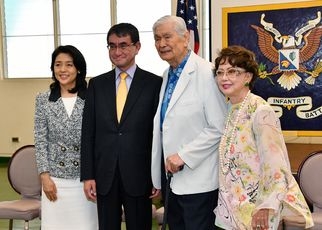 7 On August 22 (local time), Minister Kono visited U.S. Indo-Pacific Command and the U.S. Pacific Fleet Command. He was briefed on regional affairs and other topics, and exchanged views regarding a wide range of matters such as regional affairs and Japan-U.S. security and defense cooperation. On this occasion, Minister Kono said that the U.S. Pacific Fleet plays a vital role for Japanese and regional security and highly appreciated the U.S. clear demonstration of commitment to the region. Both sides shared the view that they would continue to work closely together. 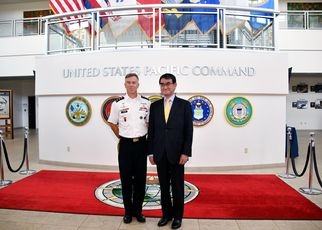 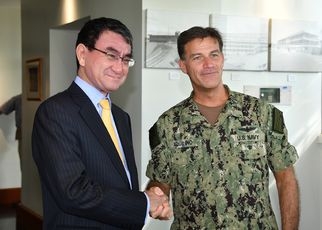 8 On the same day, Minister Kono visited the Central Identification Laboratory of the U.S. Defense POW/MIA Accounting Agency (DPAA). Minister Kono thanked the DPAA's cooperation with the return of the remains of former Japanese Army personnel from the Pacific War. In addition, the Minister toured the Laboratory and received an explanation from Mr. Kelly McKeague, Director of DPAA, concerning its activities. 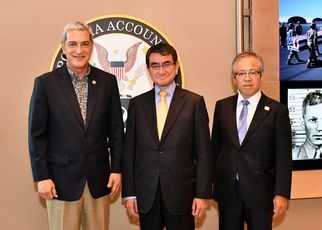 9 On the same day, Minister Kono and Mrs. Kono visited and had a conversation at the Hawaiian Chamber of Commerce. The participants explained the situation of the Hawaiian economy and expressed hopes for increasing visitors from Japan. 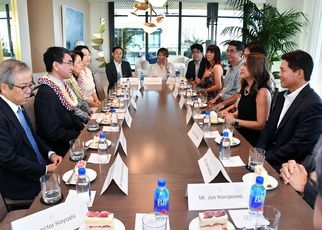 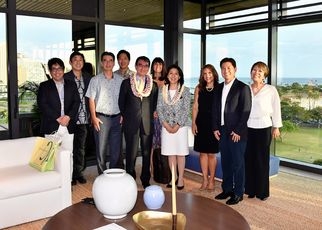 10 On the same day, Minister and Mrs. Kono attended dinner with the representatives of Nikkei groups active in Hawaii. The participants explained the activities of their groups. Minister Kono expressed appreciation for the groups' contribution to the development of the Japan-Hawaii relationship and asked for their continued cooperation to deepen the Japan-U.S. relationship. 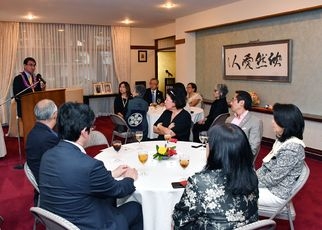