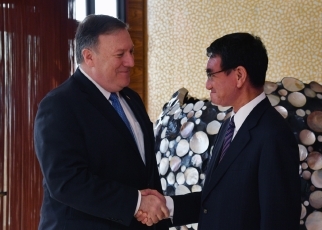 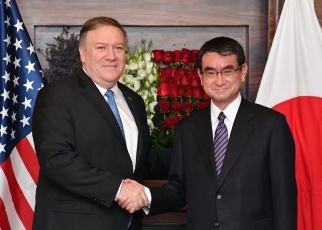 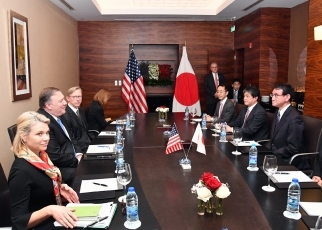 On April 30, commencing from 2:10 p.m. (8:10 a.m. on the same day local time) for approximately 35 minutes, Mr. Taro Kono, Minister for Foreign Affairs, during his visit to Amman, held a Japan-U.S. Foreign Ministers' Meeting with Dr. Mike Pompeo, Secretary of State of the United States. The overview of the meeting is as follows.