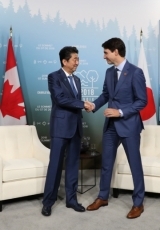 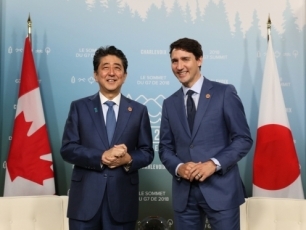 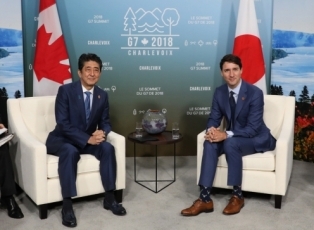 On June 8, commencing at around 9:05 a.m. (local time) for approximately 60 minutes, Mr. Shinzo Abe, Prime Minister of Japan, who was visiting Canada to attend the G7 Charlevoix Summit, held a meeting with the Right Honourable Justin Trudeau, Prime Minister of Canada. The overview of the meeting is as follows.