Presentation and tasting of Nagasaki's Specialties in Dusseldorf 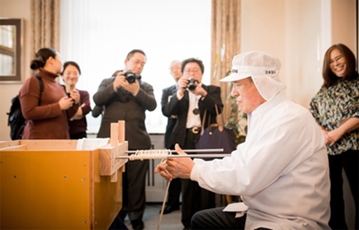 Demonstration by a master of Goto Udon

On January 14, 'Presentation and tasting of Nagasaki's Specialties was held at the residence of Consul-General in Dusseldorf. Many food business persons were invited, and some participants came from Berlin and Munchen. In this event, many local foods of Nagasaki Prefecture were introduced to the participants. Iki Shochu cocktail was served as a welcome drink, and a master of Goto Udon noodle gave a demonstration for them.

Foreign Minister and a head of local government co-host a reception in the Iikura Guest House for the diplomatic corps as well as for foreign chambers of commerce and industry in Japan, in order to promote a variety of charms of the local community.

From December 2018 to February 2019, the receptions with Fukushima Prefecture, Kagoshima Prefecture, Ehime Prefecture were held, introducing their international activities, local industry and traditional crafts. Local specialties were also served to the guests. 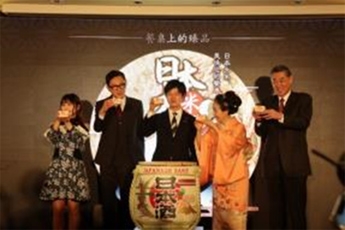 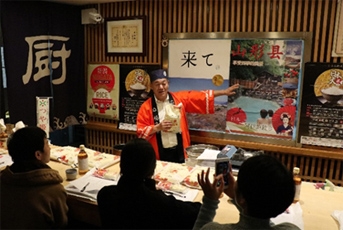 From January 17 to 31, the Ministry of foreign affairs, the Embassy of Japan in China and the Consulate General of Japan in Shanghai carried out the Local Promotion Project in Beijing and Shanghai, in order to promote Japanese rice and other Japanese foods and expand their consumption in China. 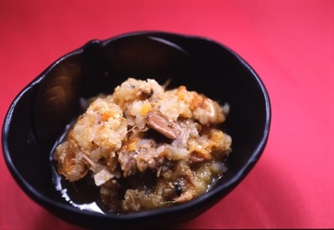 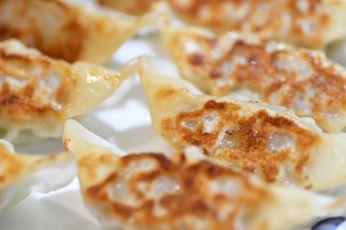 Learn more about the regions that participated in our Regional Promotion Seminar on December 5, 2018 !

Utsunomiya City is trying to boost the economy with its dumplings. There are a number of restaurants specialized in dumplings in the city. The city has been ranked at the top for the annual consumption of dumplings. Tochigi Prefecture is also one of the largest producer of Chinese chive, which is essential ingredient for dumplings.
Recently, we can enjoy new style dumpling, using 'Shimotsukare' as fillings of dumplings. 'Shimotsukare' is Tochigi's local stew, using salmon, soybeans and some vegetables.
Let's go to Utsunomiya and try the authentic dumplings!