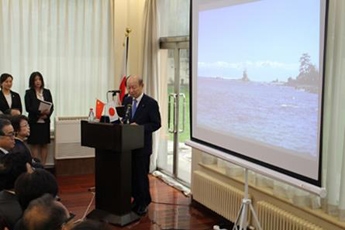 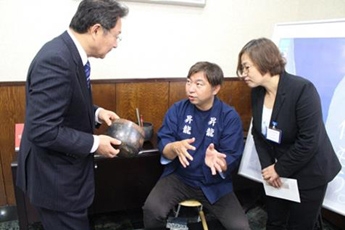 On August 7, "Toyama Specialties Seminar" co-sponsored by Toyama Prefecture and Consulate-General of Japan in Shenyang was held at the residence of consul-general in Shenyang. In this seminar, the charms of Toyama Prefecture were introduced to local media, buyers, government officials, travel agencies. Exhibition and demonstration of Takaoka Copperwares (Traditional craft of Toyama Prefecture), making performance of Japanese confectionery, tasting of local sake drew attentions of participants. 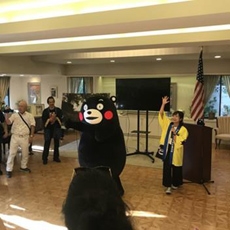 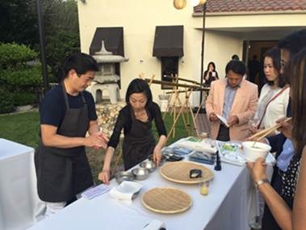 On August 17, "Kumamoto Promotion Event" was held at the residence of consul-general in Los Angeles. When "Kumamon" (a mascot of Kumamoto Prefecture) appeared and performanced "Kumamon" exercise on the stage, the event became livelier. Kumamoto's specialties such as sake, shochu, ramen, rice balls were provided. Kumamoto Prefecture tries to restore from the Kumamoto earthquake in 2016, and it is expected for the partial restoration of the castle tower of Kumamoto castle, the opening of "Kumamoto Castle Hall", games of the Rugby World Cup and the Women's Handball World Championship in Kumamoto in 2019. 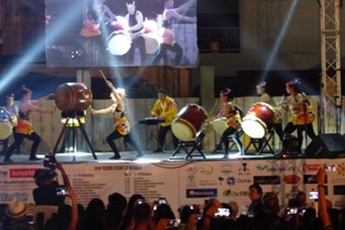 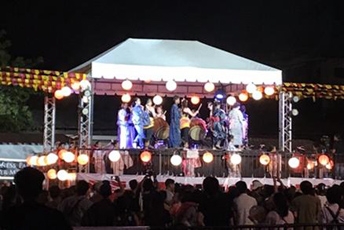 Japanese Drums Club "Wako-Daiko" is an organization in Wako-shi, Saitama Prefecture. In addition to performing in regional events, they actively participate in international exchange projects. In late April, they played Japanese Drums in "Bonodori Japanese Summer Festival" in Cebu to promote the Japan-Philippines Friendship. Their powerful performance attracted the audience and participants danced Bon-odori in a circle with the sound of the Japanese Drums at the finale of the event.

Learn more about the regions participated in our Deplomats' Study Tour on May 15-16,2018!

Tsubame-sanjo area is located in the central part of Niigata Prefecture, alongside the Shinano River. This area is known for having the largest number of factory owners in Japan, where family-run factories and small workshops are producing various world-renowned products, such as knives, tableware, and other metal products.
The history of product-making of this area have started in the Edo period when they started producing Japanese nails to meet the demand from the Tokugawa Shogunate. Even after the introduction of machinery to the industry in the modern era, many artisans have been renewing and adjusting their traditional techniques in order to match contemporary life.
Upon visiting this area, you will be warmly welcomed by their one of a kind craft and skill.