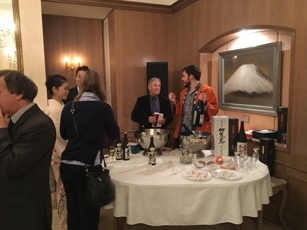 Booth of Kanazawa City at Consulate-General in Strasbourg 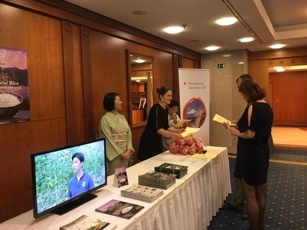 Booth of Takasaki City at Embassy in Czech Republic

Local Promotion activities are held each year at the receptions celebrating the birthday of His Majesty the Emperor in many of Japan's diplomatic/consular facilities abroad. Last year's examples are shown above.

Minato City, Tokyo is home to over 80 Embassies, which account for more than half ones located in Japan. Mintato City, with such an international character, organizes the event to deepen international understandings and exchanges. 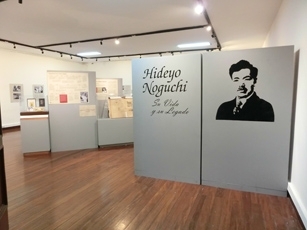 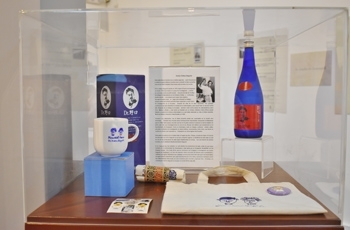 2018 marks the 100th anniversary of the establishment of diplomatic relations between Japan and Ecuador. 1918 is also the year in which Dr. Hideyo Noguchi, a prominent Japanese bacteriologist traveled to Ecuador to conduct research to develop a vaccine for yellow fever. At Municipal Museum of Guayaquil, an exhibition dedicated to him was organized to commemorate the 100th anniversary.

Learn more about the regions participated in our Regional Promotion Seminar on June 21, 2018!

Asakura Sansho is a Magical Spice

The secret of magic is "Tingling numbness". Sansho pepper acts just like a magic! Surprising effect on your taste buds. Bewitched by the magic, your sense of taste becomes intense and you will sense richer and more delicate taste with full of flavor. Among other kinds of sansho, "Asakura Sansho" is especially a well-known and upscale product with a long and honorable history of 400 years. Such preeminent dai-myo lords as Hideyoshi Toyotomi and Ieyasu Tokugawa also liked this premium spice.

(Open a New Window)
Page Top
Back to Public Diplomacy