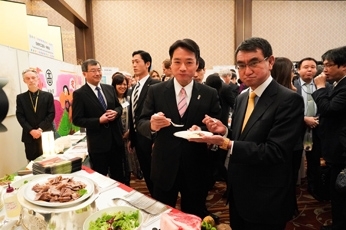 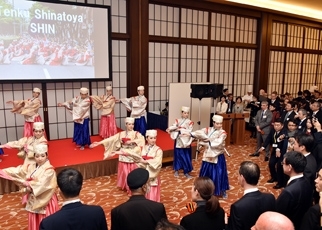 On February 19, a reception was co-hosted by the Minister for Foreign Affairs and the Governor of Kochi Prefecture at the Iikura Guest House. At the event, the Prefecture engaged in promotion of its various attractions such as tourism, food, traditional crafts, disaster prevention technology, and a unique style of group dance "Yosakoi Naruko Dance". 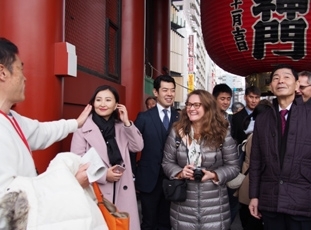 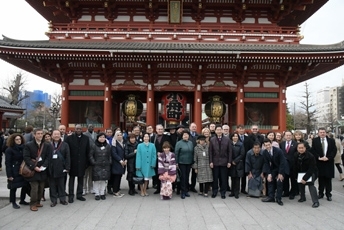 On February 21, the Ministry and Taito City, Tokyo jointly organized a study tour to Asakusa District, targeted to diplomats stationed in Japan, in order to deepen their understanding towards the district. The diplomats from 18 countries visited culture and tourism-related facilities located in Asakusa.

The Ministry held a Local Partnership Cooperation Forum with a view to support the internationalization of local governments and municipalities on January 18. The first part was dedicated to explanation of Japan's diplomatic policy and at the second part, participants were divided into four sub-groups to discuss each subject. At the third part, a buffet networking session hosted by Deputy Vice-Minister, delegates from municipalities, Embassies in Japan, central ministries and agencies exchanged opinions. 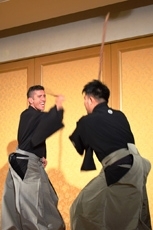 A demonstration of Jigen-ryu at the Regional Promotion Seminar
on December 11, 2017.

Learn more about the regions participated in our Regional Promotion Seminar on December 11, 2017 !

2018 marks 150 years since the Meiji Restoration, and one of its biggest heroes - "Last Sam-urai" Saigo Takamori was born in Kagoshima City. The guests were introduced to the culture and history of Kagoshima through the last samurais, its beautiful natural surroundings - including active volcano Sakurajima, and delicious local food and drink. A demonstration of Jigen-ryu, one of Japan's most feared and secretive schools of swordsmanship also took place at the Seminar.