Thank You From KAMAISHI –Kamaishi City in Iwate Prefecture and Australia–

Scott Fardy, who had come to Japan from Australia and played for Japanese Rugby Club Kamaishi Seawaves from 2009, experienced the Great East Japan Earthquake in 2011 and engaged himself in reconstruction support together with his teammates after the disaster. This led to the registration of ‘ARIGATO’ Host Town of Australia by Kamaishi City. The city promoted various online exchanges with Australia in 2020 such as Australian Olympic Connect Tomodachi 2020 Pilot Programm and KOALA CAMP. Kamaishi City looks forward to the Tokyo 2020, which is also called ‘the Recovery Olympics’ marking 10 years after the disaster, as an occasion that the city will express its gratitude to the world for reconstruction support and welcome people. 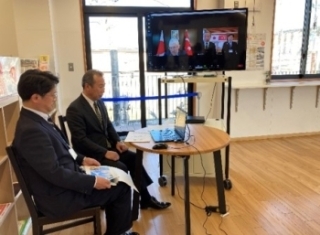 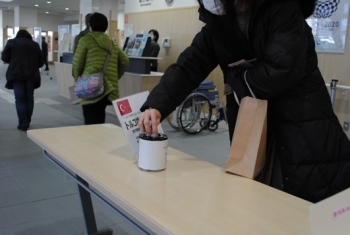 Fund-raising activities on a occasion of a concert

On January 18, the Ishinomaki Tourism Association and the Miyagi Prefecture Tobu(East) Regional Promotion Office made a donation to the Embassy of the Republic of Turkey in Japan for the victims of the Aegean Sea Earthquake last October. Ambassador H.E. Dr. Mercan expressed his appreciation in the presentation ceremony held online because of the state of emergency on COVID19. The donation represents the heartfelt thanks from Ishinomaki citizens who remember that a Turkish rescue team was engaged in relief activities in the Ogatsu district of Ishinomaki City after the Great East Japan Earthquake 10 years ago. 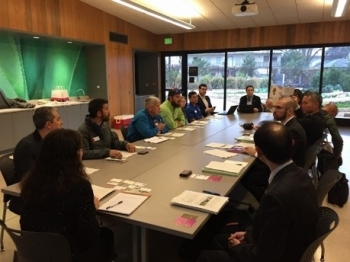 Meeting with staff of the botanical garden 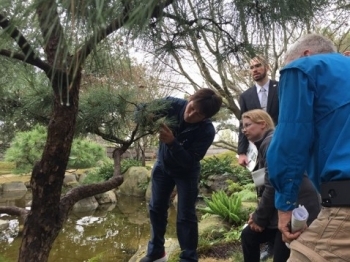 Kumamoto City has a sister city relationship with San Antonio City in the United States since1987, and as a symbol of the friendship, the Japanese garden “Kumamoto En” was created in the San Antonio Botanical Garden in 1989. “Kumamoto En” is made based on the traditional garden techniques of the Edo period represented by Suizenji Jojuen in Kumamoto City. Fifteen years have passed since the second restoration work, and new restoration project is underway in the framework of “Japanese Garden Restoration Project in foreign Countries”. The project provides local staff good opportunities to learn Japanese techniques and skills in landscaping. 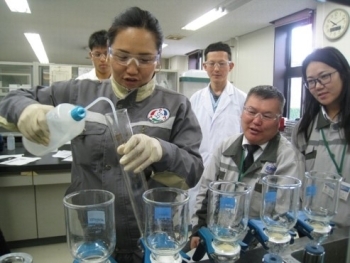 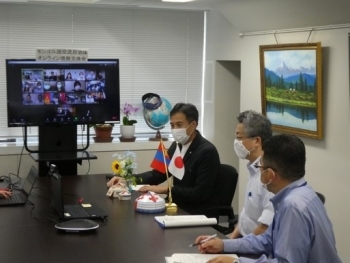 The first Information exchange meeting by municipalities on relations with Mongolia

Shizuoka Prefecture has deepened exchanges with Dornogovi Province, Mongolia in a wide range of fields such as economy, tourism, culture and education. In particular, in the environmental field, the Prefecture carried out cooperative programs such as dispatching water and sewage technical staffs for the improvement and conservation of water environment in Dornogovi Province. In addition, they have also been focusing on youth exchange.
Although it became difficult to actually visit each other because of the covid-19 last year, Shizuoka Prefecture organized an online information exchange meeting with Japanese 12 municipalities which have relations with Mongolia aiming to further develop international exchanges in the future.

Regional revitalization from the perspective of international people -vol.14- (A bridge to connect world and Fukushima, by Mr. William D.Y. McMichael) 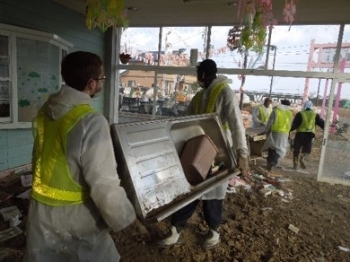 The disaster volunteer works in the Fukushima Ambassadors Programs in 2013 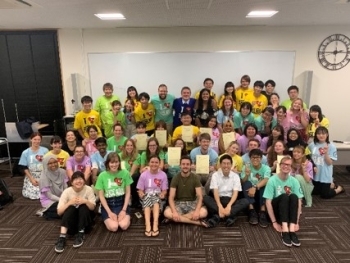 Students participating in the Fukushima Ambassadors Programs in 2019

In 2007, Mr. McMichael moved to Fukushima from Vancouver, Canada. After he worked as a Coordinator for International Relations (CIR) in JET Programme in Fukushima International Association, he changed his carrier and became a teacher for students from abroad in the International Center, Fukushima University. Since the Great East Japan Earthquake occurred in 2011, Fukushima has been suffering from international reputation damage triggered by the accident at the Fukushima daiichi nuclear power plant. In 2012, he launched “Fukushima Ambassadors Program” in order to eradicate prejudice against Fukushima and to give people of the world correct knowledge about it. 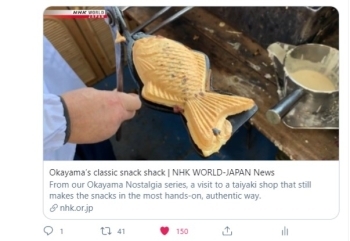 Baked nice and brown and looks plump! You will see at a glance that it’s delicious.
A short video of how to bake Taiyaki gained the most attention this month. This Taiyaki shop in Tamano City, Okayama Prefecture keeps traditional method of baking each and every one of them in a mold, and is characterized by large size. Taiyaki, one of the national popular sweets, has a history of more than 100 years! We would like many people overseas to know nostalgic taste of the Japanese sweet. 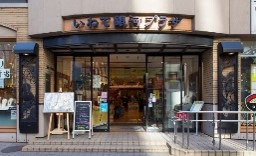 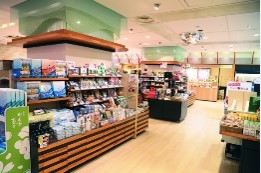 Iwate Ginga Plaza, born in 1998 diagonally opposite Kabukiza Theater in Higashi-Ginza, has been transmitting charms of Iwate Prefecture. About 1,800 Iwate brand items fill a spacious one-floor shop. You can fully enjoy with your tongue and eyes at the Sanriku food corners and prestigious traditional crafts corners.. It has also begun new attempts of an online harvesting experience. In addition, it recently received a visit by a group of ambassadors from North African countries. It is expected that it will offer more amazing events! You can’t keep your eyes off!