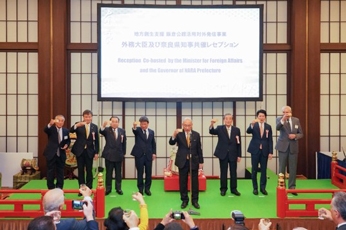 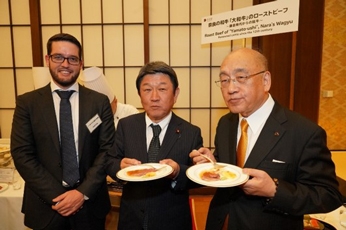 Foreign Minister and a head of local government co-host a reception at the Iikura Guest House for the diplomatic corps, foreign chambers of commerce and industry in Japan, in order to promote a variety of charms of the local community.
On December 11, the reception co-hosted by Foreign Minister and Governor of Nara Prefecture was held in order to introduce their tourism, foods, traditional crafts with booths. The Gagaku (court music) was performed by university students on the stage. 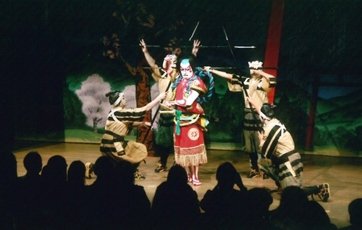 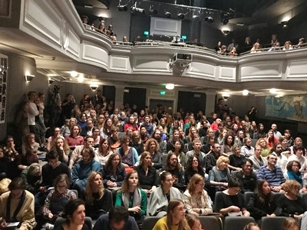 Part of audience had to stand to watch the performance

2019 marks the 100th anniversary of the establishment of diplomatic relations between Japan and Poland. In November 2019, Kuromori Kabuki, handed down in Kuromori area, Sakata City, Yamagata Prefecture, since the middle of the Edo period, was performed in Poland. Kuromori Kabuki has performed in dedication to the god of a shrine every new year, being produced by amateurs in the whole community. It was the first overseas performance, so they faced various difficulties for the preparation. At last, their successful performance attracted the audience of Poland.

Promotion activity in France and U.K. 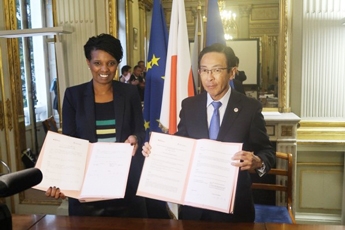 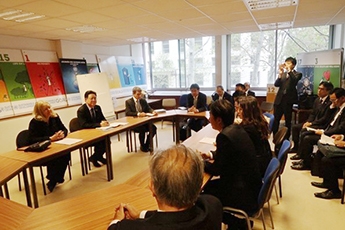 For raising awareness and increasing number of visitors to Kansai, Union of Kansai Governments encourages overseas promotion by head of local governments in cooperation with local economic organizations. In October, the Union sent a mission to France and the U.K.. In France, they made a presentation about Kansai area’s history and culture in the headquarters of UNESCO. In the U.K., they made a tourism promotion event at the British Museum, inviting travel agents, media, sports associations and so on. 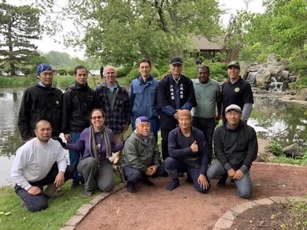 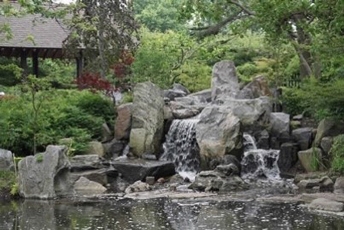 Water fall and stones in the Garden

In June, Osaka Garden in Jackson Park, Chicago City, Illinois, U.S., was restored as a part of the Japanese garden restoration project conducted by MLIT in cooperation with MOFA. The Garden is a symbol of friendship between Osaka City and Chicago City. We’ll introduce the process of the garden’s restoration through dialogue and cooperation between Japan and U.S. 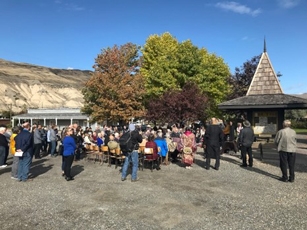 People gathering for the unveiling ceremony 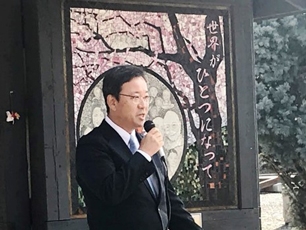 Consul-General Hatori and a mosaic work

Ashcroft Village is located in inland mountain area in Canada. Although it has a small population, just about 1500 people, it is famous as a “Village of the Mosaics” because there are a lot of mosaic murals in the village. In October, Consul General of Japan in Vancouver HATORI Takashi visited the village for a ceremony to unveil mosaic arts. The theme is reconciliation with the Japanese-Canadian of the internment camp built in Ashcroft during the Second World War. We’ll introduce the village which revitalizes the community by mosaic art.

Regional revitalization from the perspective of international people -vol.5- (“Creating a New Model of Grassroots Community-based Tourism in the Sacred Region of Kumano” by Mr. Brad Towle) 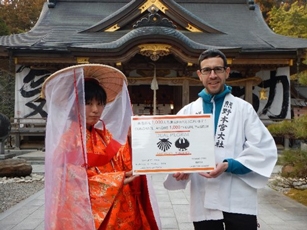 1000th Dual Pilgrim.
A Dual Pilgrim is someone who has walked
both the Kumano Kodo and Way of St.James pilgrimage routes. 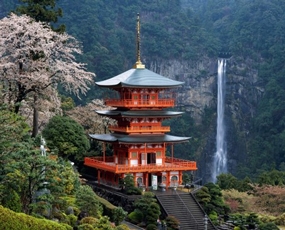 Mr. Brad Towle, who came to Japan in 1999 as a participant in JET program and now is working in Tanabe City Kumano Tourism Bureau, contributed an article about “Regional Revitalization from the perspective of international people.” For thirteen years, he has dedicated himself to introduce a lot of charms of the Kumano region to the world, and to promote activities including “Dual Pilgrim” program that links Kumano Kodo and the Way of St. James in Spain. 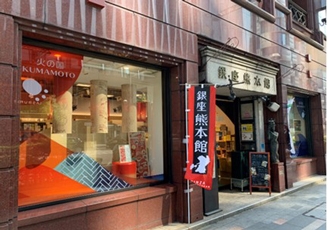 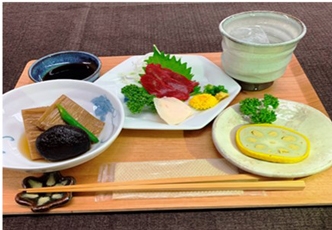 Ginza Kumamotokan, which celebrated the 25th anniversary last October, gives off “antenna shop major” presence. The big factor that increases its presence is certainly “Kumamon”, the head of the Sales and Happiness Department of Kumamoto Prefecture. A variety of sizes and shapes of lovely “Kumamon” are showing off wide variety of products from Kumamoto Prefecture on the first floor. At the Kumamon goods corner on the 2nd floor, you will be welcomed by cheerful atmosphere created by Kumamon. Let’s visit the shop and enjoy culture and food of Kumamoto.