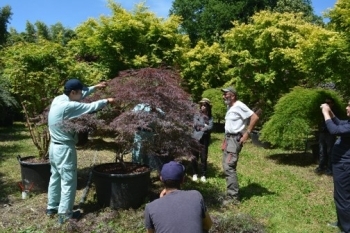 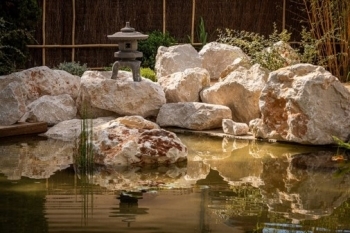 A Pond made by using only local materials

Kumamoto City is deepening exchanges with Aix-en Provence, France in various fields, including cultural and artistic exchanges. In Saint-Mitre Park in Aix-en-Provence, there is a Noh stage donated by a Noh performer living in Kumamoto City, and this led to the idea of ​​creating a Japanese garden around the Noh stage in the park. This improvement plan was carried out as a Japanese garden restoration projects by MLIT in cooperation with MOFA. Though the project was temporarily interrupted because of covid-19, the construction of a pond was successfully completed in June. 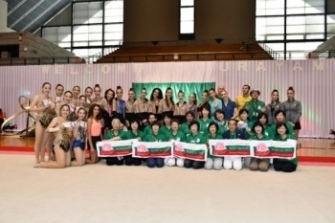 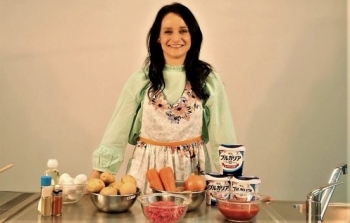 Rose flower tied Murayama City and Bulgaria as a Host Town and its counterpart country. So far the city hosted pre-Games training camps of Bulgarian national rhythmic gymnastics team and provided citizens opportunities to interact with them. Even if actual people interaction is facing difficulties because of covid-19, the city is promoting the Host Town Initiative in such creative online tools as uploading videos of cheering messages for athletes, stretching exercise and cooking lessons of local dishes to YouTube. 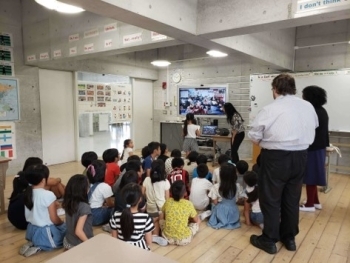 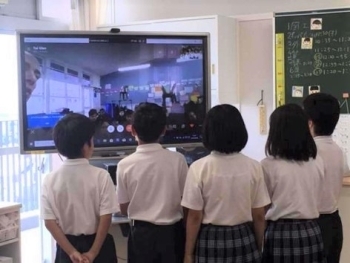 A new serial starts from this issue! Due to the global spread of the coronavirus, it is becoming difficult to carry out international exchanges accompanied with actual human interaction. Now online exchanges between sister cities are becoming popular. In this serial, we introduce local governments that are challenging or have already engaged in online exchanges even before the covid-19.
This month, we introduce the efforts of Minoh City in Osaka Prefecture. The City started online exchange with its sister city, Hat City, New Zealand as early as in 2014, and have continued to the present. Anyone can easily communicate with people in Hat City over the monitor screen installed in some places in Minoh.
Take a look at how they meet and communicate. Let's open the online door! 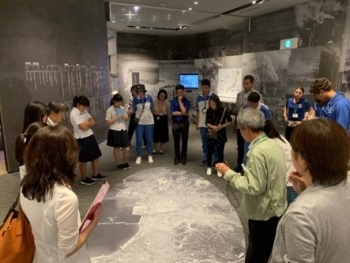 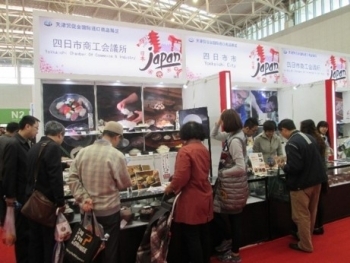 Yokkaichi City in Mie prefecture and Tianjin City in China have been cultivating friendship through international exchanges related environmental conservation activities since they associated as friendship cities in 1980.
Yokkaichi City has given trainings to people in charge of environmental protection in Tianjin City government aiming for the administrative capacity building, and the City also held seminars to share the environmental conservation protection technology in Tianjin City. This year marks the 40th anniversary of their friendship, and the ties are expected to further evolve. 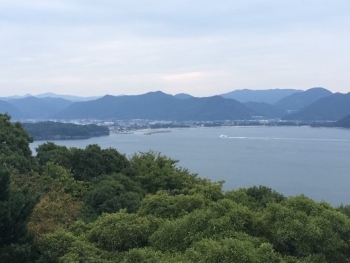 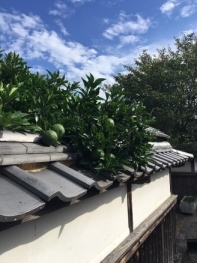 Hagi City, Yamaguchi Prefecture is known as a historic town that produced outstanding persons who contributed to the Meiji Restoration, but it is also rich in nature.
The islands off the coast of Hagi City are lava plateaus created by ancient volcanic activities, and Hagi pottery is using its rich soil. Around Hagi City, there are many geological attractive places, which make up the Hagi Geopark. One of the highlights in the park are Hornfels in the Susa area, whose tatami rocks with beautiful striped patterns are spectacular. The diplomatic corps that visited Hagi City in September 2019 enjoyed the blessings of nature as well as history of Hagi City. 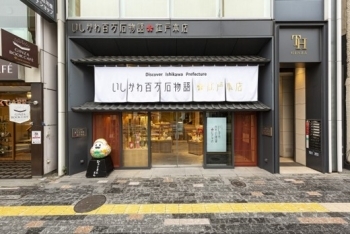 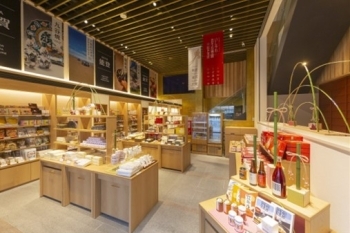 Let’s experience the Kaga’s culture that flourished during the Edo period in Ginza, Tokyo. This antenna shop was opened after renewal in March 2020 at the timing of the 5th anniversary of the opening of the Hokuriku Shinkansen. As every floor from the 1st basement floor to the 2nd floor has its own concept, please pay close attention to the interior design of each floor. They have a selection of high-quality prefectural products and rich seafood. Let's go to the world of Kaga Hyakumangoku, which will surely entertain your eyes and tongue.

(note) Kaga Hyakumangoku means that Kaga domain in Edo period produced one million goku/koku (about five million bushels) of rice annually. This production amount is the largest scale among other domains and it showed how Kaga domain flourished during the period. 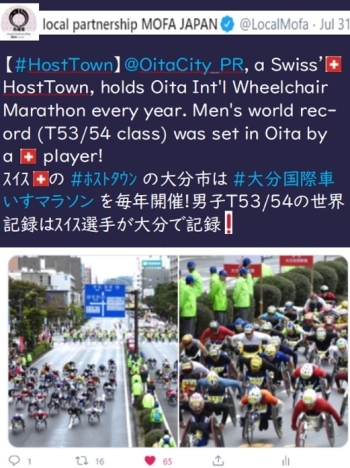 The tweet about the world record set by a Swiss athlete in Oita, a Host Town of Switzerland, gained the most attention this month.
Every autumn, exciting races are seen in the "Oita International Wheelchair Marathon". But, unfortunately it was announced that this year's 40th Anniversary Tournament would be postponed to next year. We look forward to the day when we can watch the glowing and powerful race at the site and raise our voice and cheer in the near future!