Maebashi City in Gunma Prefecture has been hosting the track and field athletic team from South Sudan for long-term pre-Games training toward the Tokyo2020 Olympic and Paralympic games since November 2019. The Embassy of Japan in South Sudan and Maebashi City shared their experiences with the athletic team and aspirations for further relationships between Japan and South Sudan. 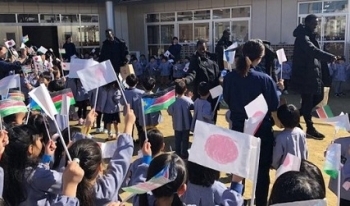 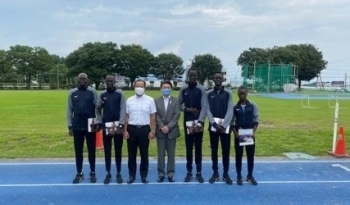 International exchanges between Takayama City in Gifu Prefecture and Denver City in Colorado, the US.

The year of 2020 marks the 60th anniversary of sister city relationship between Takayama City and Denver City. During these 60 years, they have been actively interacted in various fields mainly in human exchanges. More than 2100 citizens of two cities visited each other to date. 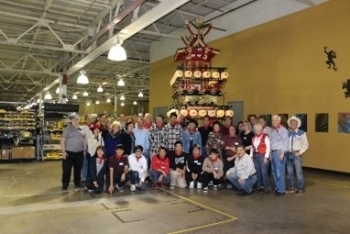 Mission from Japan to fix a festival float in the US in October, 2019 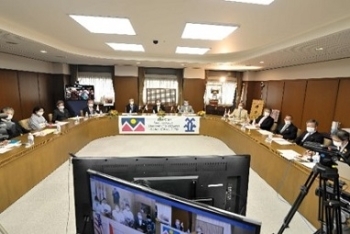 Local company and government have carried out a overseas project by using ODA, which contributes to revitalizing the local economy －Kitakyushu City, Fukuoka Prefecture－

Well Create Co., Ltd. and Kitakyushu City are working together to reduce and recycle food waste in Malaysia. Well create Co., Ltd. is working on commercialization by utilizing the technology of sorting, collecting and composting food waste, and Kitakyushu City aims to return this overseas experience to their community. It is also expected that encouraging local company’s global operation will contribute to revitalizing the local economy. This project was carried out under JICA's program of "SDGs Business Supporting Surveys". Public announcement for applying to this JICA’s initiative has been made twice a year, and next one will be announced in December. 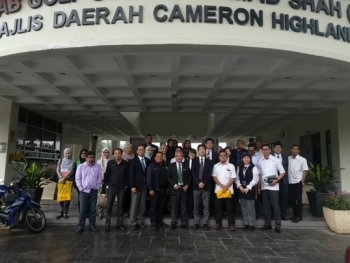 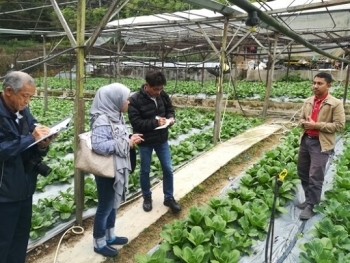 Hearing at farm which uses compost

Elementary and junior high school students in Kanzaki City, Saga Pref. are engaged in live online exchanges with those in its sister city, Beaucourt in France despite 7 hour time difference. Elementary school students in Kanzaki City introduced Japanese culture in French with demonstrations, while junior high school students communicated in English actively. In addition, a wide range of programs were carried out, such as video message exchanges of poetry and haiku by email.
Let's open the door and take a look at their unique exchanges. 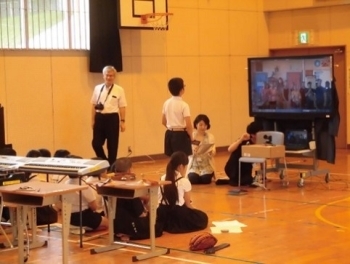 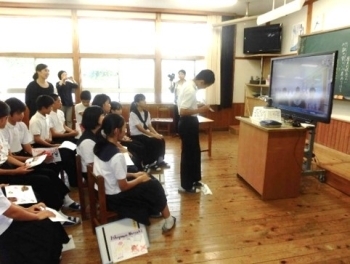 The tweet about "Rice Paddy Art" in Maibara City, Shiga Pref. gained the most attention this month. Since Maibara City is registered as a Host Town of New Zealand, a scene of a hockey game that is popular in NZ was beautifully depicted in a "Rice Paddy Art". This tweet was also retweeted from the official account of the New Zealand Olympic Committee. Surely, many people in NZ have come to know this art! 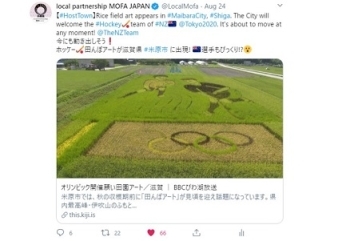 Upopoy, the National Ainu Museum and Park, opened in Shiraoi Town, Hokkaido this summer, has attracted attention as a new center for the revival and development of Ainu culture. In addition to this center, there are several Ainu museums in Hokkaido where you can learn and experience Ainu culture. In November 2018, diplomatic corps visited the Ainu Cultural Promotion Center in the suburbs of Sapporo City, Hokkaido. Through the exhibits and reconstructed facilities, they deepened their understanding to the culture of the Ainu people living in rich nature. 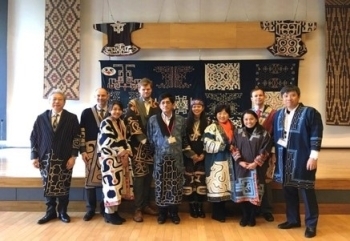 "Hibiya Shimane-kan" was relocated from Nihonbashi to Hibiya and reopened in May this year. The shop is attractively decorated in a woody natural taste. It gives off an aesthetic sense and stands out even from a distance.
The concept of the shop is "a place to connect with Shimane". Let's get a closer look at the shop with various elements that can connect you with Shimane, such as drinking locally brewed sake, conversation with local vendors and sample tasting and sightseeing and migration consultation. 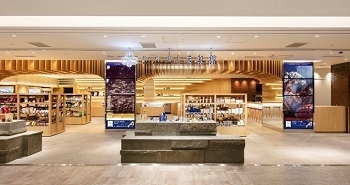 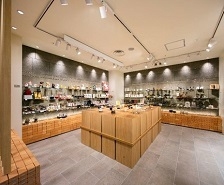