Sunflowers are blooming beautifully at public elementary schools in Tonga. These sunflowers are grown from seeds provided by a elementary school in Odate City, Akita Prefecture, through the Embassy of Japan in Tonga. Children in Tonga were excited to receive seeds from Japan and took care of sunflowers by watering, even when their schools were temporarily closed and stay-at-home order was issued due to the outbreak of measles in some neighboring countries and covid-19.
In July, letters from Tongan children were delivered to children in Odate City. The waves of exchange, that sunflowers have brought to children of two countries are growing. 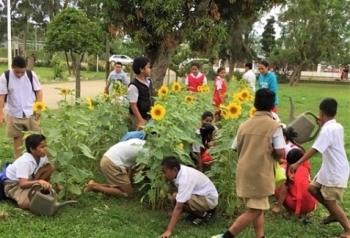 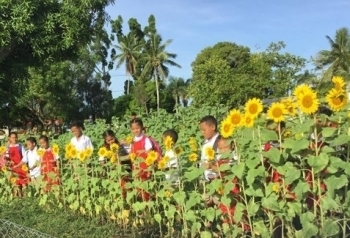 Sunflower field in the elementary school

Gifu Prefecture is actively working on promoting “ONSEN Gastronomy Tourism”. It’s an unique style of traveling in Japan. It offers tourists opportunity to visit a regional area, where they can taste the local cuisine, explore the history and culture, admire natural landscape, and enjoy the delights of world-class onsen (hot springs). It is attracting attention as a tool to appeal regional areas to foreign tourists. 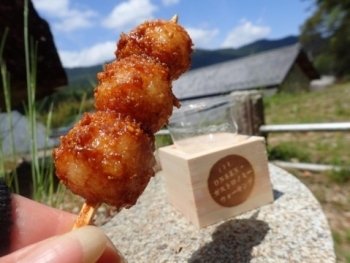 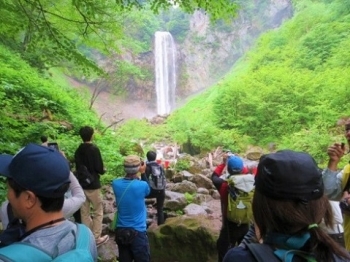 Receiving a legacy from the Host Town Initiative of the Tokyo 2020 Games by making the most of local specialty
Fujiyoshida City, Yamanashi Prefecture and France

Fujiyoshida City, Yamanashi Prefecture, registered as a Host Town of France, promoted a project as part of its Host Town Initiative, using its excellent local textile fabrics to make costumes for internationally famous French ballet dancers. The project aimed for further improving recognition of its textile products and expand the market overseas. This initiative was also introduced at the official program of “Japonismes 2018” held in France. 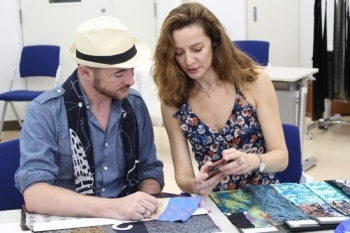 Selection of textile fabrics to make costumes for ballet dancers 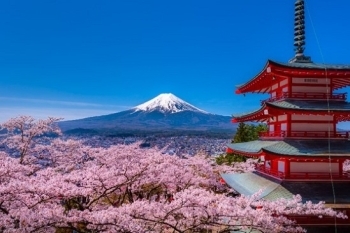 A view of Mt. Fuji from Niikurayama Asama Park in Fujiyoshida city

Kitakyushu City has two green sister city relations with Surabaya City in the Republic of Indonesia and Davao City in the Republic of the Philippines. It became sister cities with Surabaya City in 2012, based on their close friendship since 1997. With Davao City, it had started exchange mainly in the field of waste management since 2015 and jointly conducted a model project on environment, and became green sister cities in 2017. 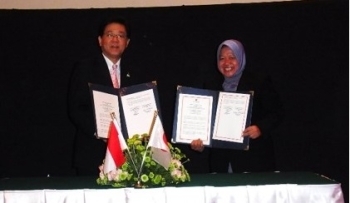 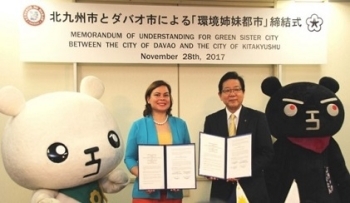 Before Nanto City in Toyama was established by the merger of 8 cities/villages in 2004, one of the villages, Toga had started international exchange in 1990 with Tukuche village in Nepal. Even after being merged, these two municipalities, whose common specialty is soba(buckwheat), continue strengthening the bonds of friendship. 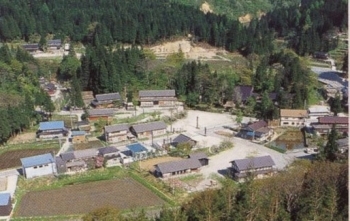 Summer is just around the corner! The tweet that gained the most attention in @LocalMofa account for the last month, was the one on snow ice in Nara. Like other parts of Japan, snow ice is booming in Nara in the last few years. Himuro Shrine, located near Todaiji Temple and Kasuga Taisha Shrine, has an unique ritual, where ice snow is worshiped as shown in the photo. Let’s get a ice snow and survive summer heat!

In June , "Sugar Road- Nagasaki Kaido that spread sugar culture in Japan " was designated as "Japan Heritage" by the Agency for Cultural Affairs. During the Edo period, sugar, imported from overseas, started to be used and developed confectionery culture in the area along this old road.
Iizuka City, which the diplomatic corps visited during the local tour in April 2019, is one of the post towns on the Nagasaki Kaido, and is also known as a birthplace of famous sweets in Japan. Participants in the tour had a chance to meet some students of the confectionery course of Iizuka High School, where many of them study to become pastry chefs. 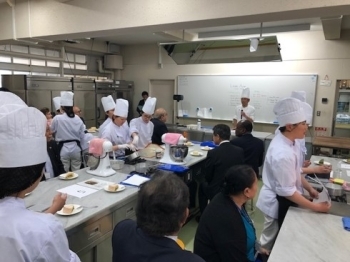