In February 2020, the Embassy of Japan in Indonesia and the Mission of Japan to ASEAN held a reception celebrating the birthday of His Majesty the Emperor. Fukushima, Shizuoka, Gifu and Ehime Prefectures introduced their local charms in each of the booths at the reception. They provided local foods and drinks that Muslims, the great majority of the population in Indonesia, can feel safe to have. Lots of guests enjoyed and experienced their charms. 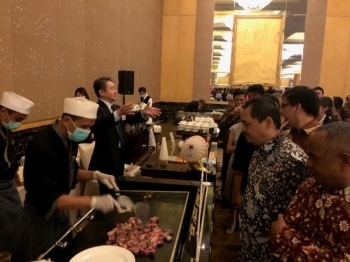 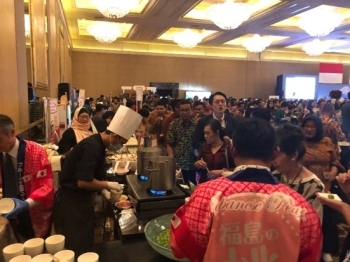 As your Host Town, we welcome you by serving original dishes made of our local product!

40 teams of high school students of Host Towns from all over Japan competed in making original menus using their own local ingredients which have GAP（Note） certification. Students hope to support athletes from their counterpart countries/regions by serving dishes that would suit the taste of athletes. Here we introduce some of the winning teams’ stories from Nobeoka City in Miyazaki Prefecture, Kanoya City in Kagoshima Prefecture and Koriyama City in Fukushima Prefecture.
（Note）GAP（Global Agricultural Practice） 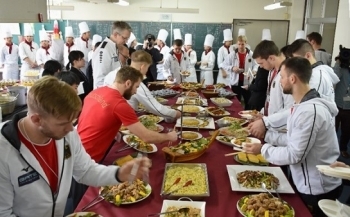 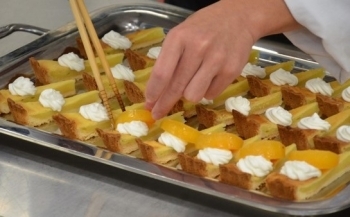 One of the menus in the contest

Wakayama Prefecture implements support programs for companies in Wakayama to expand their businesses in overseas, especially in South East Asia. Teamed up with these companies, Wakayama Prefecture sends a “Business Mission Group” several times a year, and holds business meetings and seminars and calls on local companies in visiting countries. In February 2020, the Business Mission Group visited Vientiane, the Lao People’s Democratic Republic for the first time and held various events including business promotions and meetings. At a promotion event, a number of business matchings were carried out between companies in Wakayama and Laos, local companies showed their great interests in the industries of Wakayama. 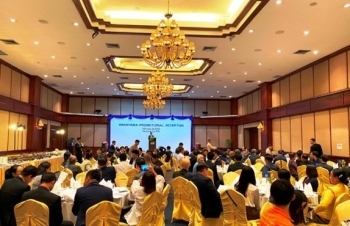 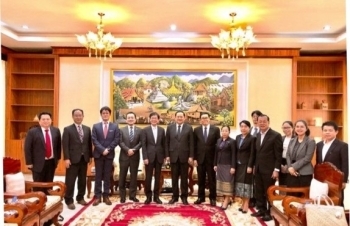 A Courtesy Visit to Mr. Sonexay, the Deputy Prime Minister of the Lao People’s Democratic Republic and the Minister of Planning and Investment

In Niigata City, one of the major cities facing the Sea of Japan, many international conferences have been held at the Toki Messe, Niigata Convention Center. “Pia Bandai” is a Niigata’s food market near the Toki Messe, where you can find all kinds of seafood from the Sea of Japan, fresh vegetables, fruits and rice harvested in the Echigo Plain. It also plays a role of unique venue for spreading the charms of Niigata on the occasion of events at the Convention. 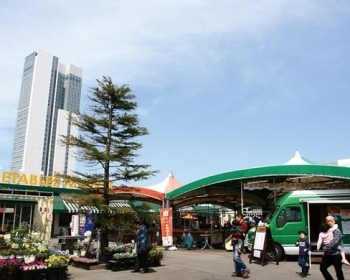 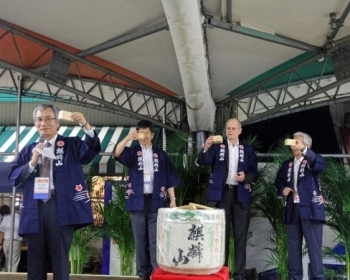 A new corner starts from this issue!
We, Local Partnership Cooperation Division, tweets about the attractions of Japanese local regions in English and Japanese. In this corner, we highlight the tweet that received the most "likes" among our tweets in a month.
This time, much attention was paid to the traditional crafts that give off a brilliant beauty. They are delicate and elegant glass crafts created during the late Edo period. Do you get the quiz’s answer? Please check our Twitter! 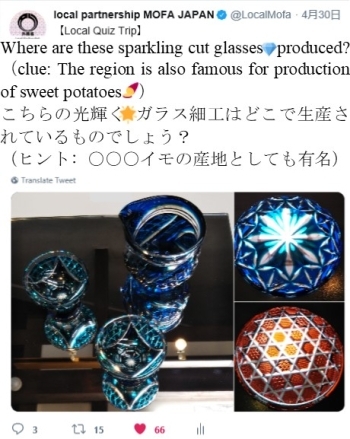 Regional revitalization from the perspective of international people -vol.10-(A life in a depopulated region in Japan which a foreign member of community-reactivating cooperation team loved, by Mr. Quanyi XU)

Mr. Xu, who was born and grown up in Shanghai, has been working as a member of community-reactivating cooperation team in Okuaizu area, Fukushima prefecture for three years. Having been involved with various activities as a member of the team, he puts a lot of efforts into promoting migration and settlement to Okuaizu. At the consultations held in various places in Japan, he always shares his own migration experience and tries to tell the real life in Okuaizu. In addition, he also makes efforts to understand Okuaizu more deeply and to introduce more values of Okuaizu by eagerly having interaction with his neighbors. 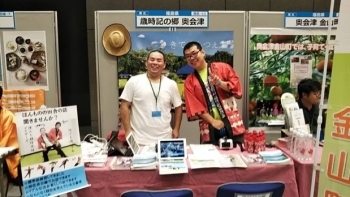 A Consultation about migration held at Furusato Kaiki
(Going back to Hometown) Fair 2019 （Note）Mr. Xu is on the right

Hyogo Prefecture consists of five respective unique areas: Settsu, Harima, Tajima, Tanba, and Awaji. The antenna shop "Hyogo Wakuwakukan" at the Tokyo Kotsu Kaikan in Yurakucho was reopened in September 2019. It has new corners such as sake tasting and sweets specialty from Kobe and other places in Hyogo. There are lots of attractive local products from Hyogo’s 5 areas, including specialty products named ‘5 Stars Hyogo’. Please enjoy meeting with exciting Hyogo. We look forward to your visit. 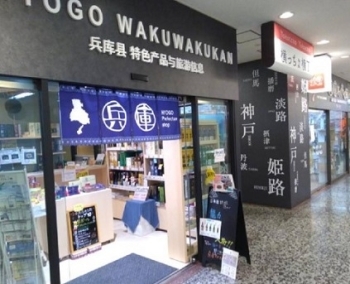 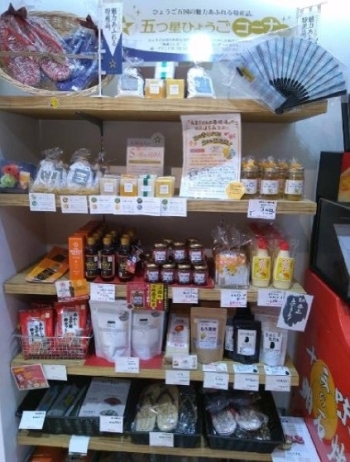