Canoe of friendship – Gift from Palau – 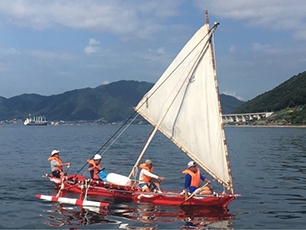 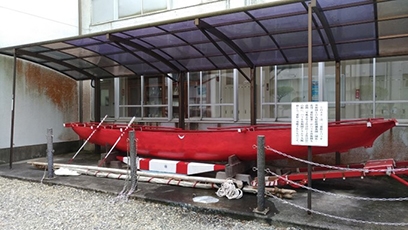 In 1996, when Palau and Mie Prefecture signed a friendship agreement, then President of Palau presented a canoe, made by traditional method to Mie Prefecture as a symbol of their friendship. After 20 years, the canoe that regained the appearance of the time through repairs sailed along an ancient route from Miyazaki Prefecture to Mie Prefecture in two years. Because the canoe has a crescent moon pattern on its side, this voyage was named “Tsukuyomi Project” name taken from the moon god in Japanese mythology. In this article, we’ll introduce this project and friendship exchange between Mie Prefecture and Palau. 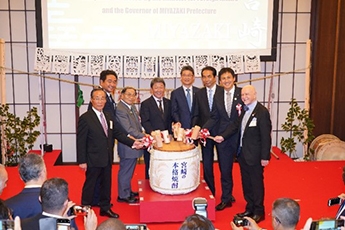 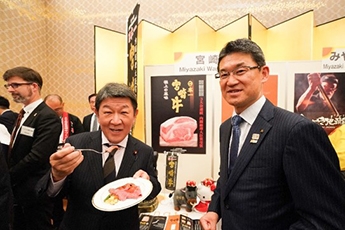 On November 8, the reception co-hosted by Foreign Minister Motegi and Governor of Miyazaki Prefecture Kono was held in order to introduce their attractive sightseeing spots, food, traditional crafts and their activities to promote sports at the Iikura Guest House. The Kagura performance was shown on the stage.

This is the 19th reception co-hosted by Foreign Minister and a head of local government at the Iikura Guest House for the diplomatic corps and foreign chambers of commerce and industry in Japan, in order to promote a variety of charms of the local community.

Tomioka Silk Mill was established by the instruction of Japan in early Meiji era. After the historic Mill was added to the UNESCO World Heritage List, a lot of exchange events took place between Japan and France. Mr. Damien Robuchon, a CIR (Coordinator for International Relations) in Tomioka City, Gunma Prefecture, participated in the planning and preparation of these exchange activities, including editing and translation PR materials, and worked as interpreter for these occasions. We will introduce Mr. Robuchon’s ideas that he offered and his thoughts about how to tell the value of the Tomioka Silk Mill to the people from other countries, making the most of the existing relations between Tomioka City and France.

In 2018, Shiga Prefecture and Michigan State celebrated their 50th anniversary of sister-state relationship, which was linked by their lakes. During the last 50 years, the Prefecture and the State developed their relationship in various fields such as people to people exchange, education, economy and lake-preservation cooperation. Toward next 50 years, they will promote further economic exchange through the prefecture’s local products and water environment cooperation with the common goal of lake- preservation in mind.

The exchange between Shiga and Michigan is not limited to the prefecture-state relationship; there are 13 sister city relationships, among them are Lansing-Otsu and Ann Arbor-Hikone, that also celebrate their 50th anniversary this year.

Local governments, registered as Host Towns of Tokyo 2020, started attempts to serve local dishes of their partner countries or regions in school lunch in order to familiarize their citizens with the culture of partner countries. We will introduce thee examples of school lunch, of Komagane City, Nagano Prefecture(Host Town of Nepal), Kazo City, Saitama Prefecture(Columbia) and Hofu City, Yamaguchi Prefecture(Serbia). 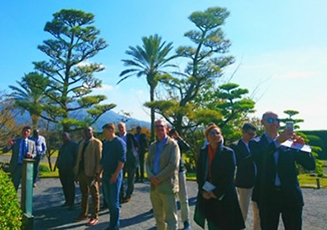 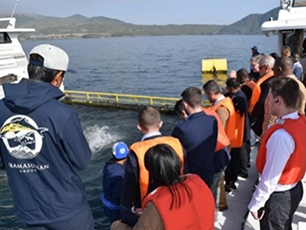 The Ministry of Foreign Affairs and Kagoshima Prefecture held a Diplomats' Study Tour to Kagoshima, titled ‘Go! Go! Kagoshima! WELLNESS TOUR’ from November 14 to 15. In this tour, diplomats visited historic facilities which show that Kagoshima Prefecture was one of the stages of the Meiji Industrial Revolution. Also they could deepen their understanding of how residents live together with active volcano by visiting industries that make use characteristics of nature as Mt. Sakurajima. 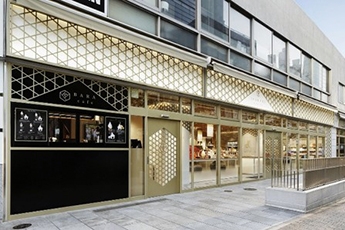 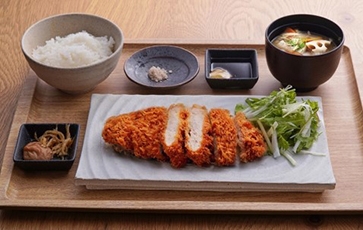 It is such an artistic and elegantly shining appearance that it never let people passing, who rush on and off the street in the corner of Ginza. This is IBARAKI sense, the antenna shop of Ibaraki prefecture that has just celebrated the 1st anniversary. Under the concept of “Ibaraki's carefully selected items to the world”, the store offers a variety of selected Ibaraki products and “tasteful” items. In order to convey the charm of Ibaraki, a treasury of food, this shop is equipped with a restaurant and a cafe, and also has a wide variety of PR food events. Let's enter the store and you’ll be greeted by gold-colored design using roses - the prefectural flowers- as a motif, that decorate all over the exterior.