Africa and Yokohama, Sharing Passion for the Future (Yokohama City) 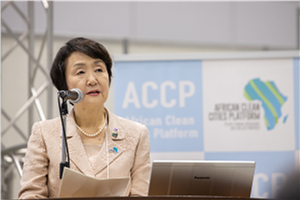 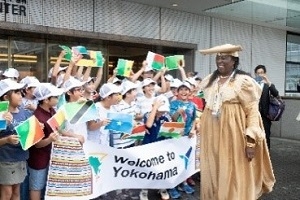 From August 28 to 30, the seventh Tokyo International Conference on African Development (TICAD 7) was held at Pacifico Yokohama. During this period, under the three concepts, “To expand international technological cooperation”,“To boost business support and to promote participation by women”and“To enhance civic exchange activities and to foster the future generations”, Yokohama City arranged exhibition booths and held symposiums in order to introduce its activities. In addition, Yokohama citizens, both adult and children, took part in the Conference as volunteers, and interacted with the participants.

Mayor of Toyooka City and CEO of Bird Life International 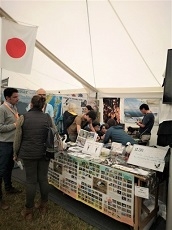 Toyooka City, Hyogo prefecture, has been working on the captive breeding program of the Oriental White Stork since 1965, and in September 2005, successfully released storks bred in captivity for the very first time in the world.
In August this year, Toyooka city took part in the exhibition “Bird Fair 2019” held in the United Kingdom in order to appeal to the world and to share their unique and significant efforts in this initiative. A lot of people visited the booth, where they were able to know the efforts required to return once extinct storks to the wild, as well as their charms as tourist destination. US media also visited their booth to interview them. 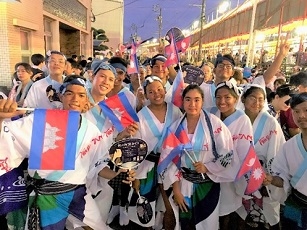 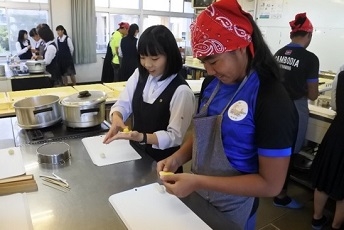 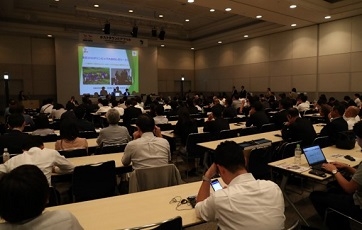 Japan and Africa connected by the Host Town Initiative 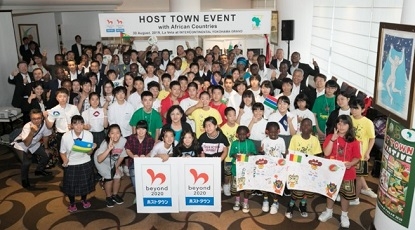 Children and Africa
- Exchange through the Host Town Initiative -

Now less than one year to go until the 2020 Tokyo Olympic and Paralympic Games, and the number of host towns is increasing more and more all over Japan. This time, we will introduce the host town side event held in conjunction with TICAD7 in Yokohama. The heads of local governments and children from host towns for African countries participated in symposiums and events, and they were excited about communicating with the people of African countries. What have motivated these Japanese towns to become host towns of geographically distant African countries? Let's read this article! 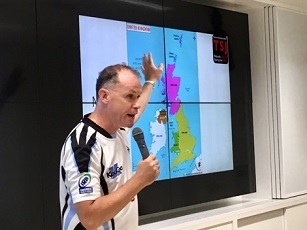 Mr. Tony Everitt, who works at “Shizuoka Tourism Bureau”, a destination management organization of Shizuoka prefecture, contributed an article “Regional Revitalization from the Viewpoint of Foreigners”. Mr. Everitt had engaged in the development of inbound tourism in the Asia-Pacific region for 30 years and decided to settle in Shizuoka Prefecture. He explains that he felt Shizuoka Prefecture was the most appealing place he had ever experienced in Asia-Pacific regions. Mr. Everitt, being fascinated by Shizuoka, is now focusing on telling people in Shizuoka how they should welcome the increasing number of inbound visitors. 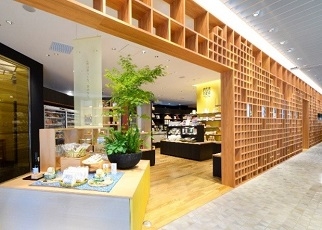 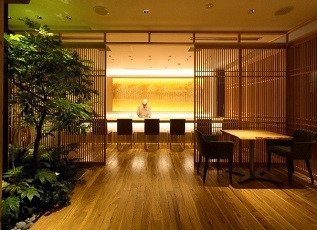 Nihonbashi Toyamakan opened in June 2016. With the theme of “Good quality living from Toyama”, it continues to disseminate a wide variety of food, culture, traditions, techniques, and designs that have been nurtured in Toyama. A variety of unique hands-on workshops such as traditional craft making experience or tasting of different types Masu-no-sushi(Trout sushi) are being held, and you will enjoy the Toyama brand's snow crab at the restaurant in the fall and winter. We have to keep an eye on this spot. Let's stop at the shop where you feel the warmth of the local wood from the prefecture. 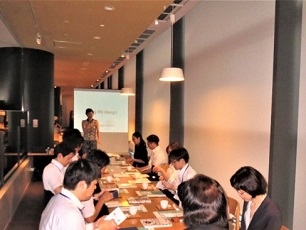 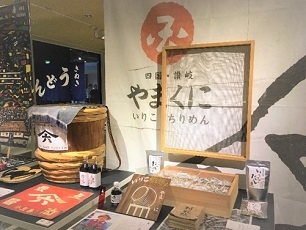 On September 18, local governments’ officials working at MOFA went to Shibuya Hikarie as a part of training program. They visited D & DEPARTMENT, which introduces local attractiveness from the aspects of design, travel ,food and so on, and listened to a lecture on the theme ‘Think about uniqueness of the regions from the viewpoint of timeless design’. They learned about their approach and projects to activate local area by focusing on products rooted in 47 prefecture, that never go out of tyele. On that day, the local governments’ officials visited an exhibition on Kagawa being held in the their museum, and they also enjoyed the food of Kagawa there.