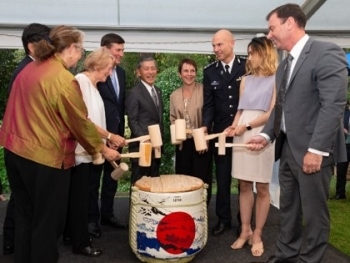 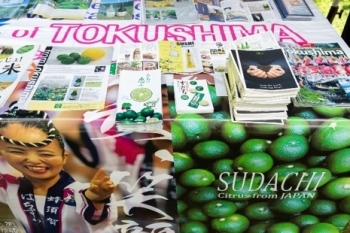 February 2020, a reception celebrating the birthday of His Majesty the Emperor was held at the Consul-General's residence in Melbourne. Japanese food and drinks from its local regions were served for the purpose of introducing their charms as well as Japanese culture. Especially, Tokushima prefecture promoted tourism and "Sudachi"(a kind of citrus) which is a typical local product in the Prefecture. Recently, it became known that Tokushima Prefecture was deeply involved in the history of exchange between Japan and Australia. The newly discovered fact was also introduced in the reception.

Host town Initiative between Tawaramoto Town, Nara Prefecture and Guatemala -They have some common things in history and industry- 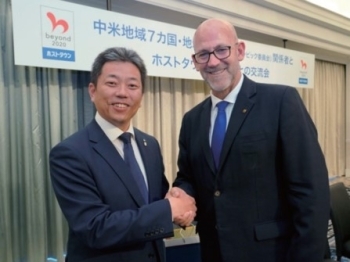 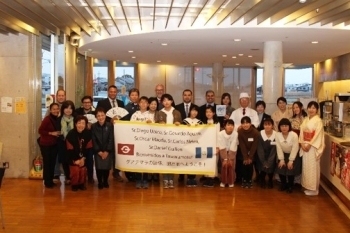 With people of Tawaramoto Town

Since Tawaramoto Town, Nara Prefecture was registered as Guatemala's Host Town, their relations have been deepening. In January, a group of Guatemala Olympic Committee visited Tawaramoto Town. After a series of events including welcome program at elementary and junior high schools, many people in the Town have become interested in Guatemala and more engaged in international exchanges. Despite the influence of Covid-19, they are still enjoying exchanges of letters and video messages. 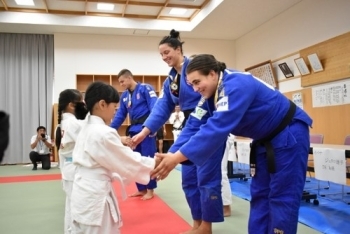 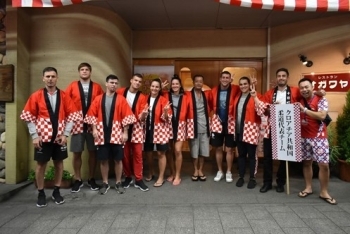 Sven Bjelan, a CIR from Croatia, with Croatian Judo athletes

Tokamachi City, Niigata Prefecture started exchange programs with Croatia after the Croatian national football team had a pre-camp for the FIFA World Cup 2002 Japan/South Korea in the city. Then Tokamachi city was registered as a Host Town of Croatia for Tokyo 2020. Sven Bjelan, a CIR(Coordinator for International Relations) from Croatia, works hard as a bridge between Tokamachi city and Croatia aiming to leave a legacy from Host Town activities which will be passed down even after Tokyo 2020.

From the window of "Local Partnership Cooperation Division Official Twitter"
Exchanging yells strengthen the bonds between Japanese regions and the world. 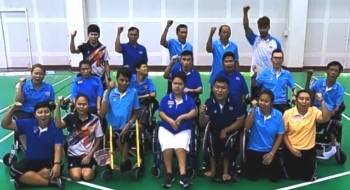 Yells from Thailand to Odate City in Akita Pref. 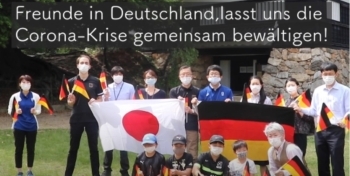 Yells from Toyohashi City in Aichi Pref. to Germany.

"Local Partnership Cooperation Division Official Twitter" sends out information about charms of Japanese local regions and their connections with the world every day.
Yells "Let's overcome the coronavirus together!" have been actively sent each other among sister cities and Host Town partners on the SNS under the situation of the global spread of the coronavirus. This time we’d like to pick up and introduce some of the posts from our Twitter window. 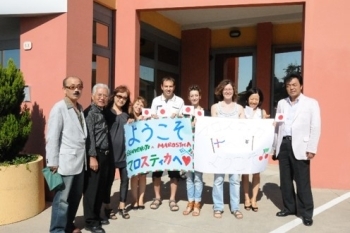 A delegation of citizens from Tendo city in 2012 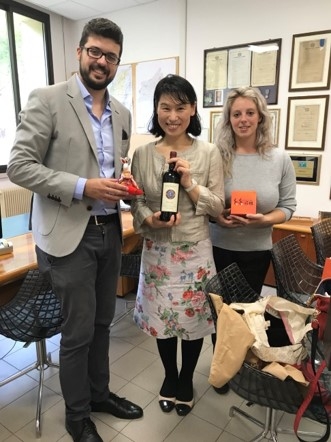 The second friendship ambassador was delegated to Marostica in 2018

Tendo city in Yamagata prefecture is known as a leading production area of shogi (Japanese chess) pieces and every spring the city holds a human shogi game, called “ningen shogi”, where a human actually moves like a piece of shogi. That led the city to sister-city relationship with Marostica city in Veneto region, Italy which is famous for its “human chess game” held every two years. 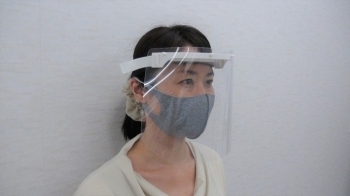 Diplomats stationed in Tokyo visited some companies in Chiba City in the Study Tour. Fasotec is one of the companies, which has technology of 3D printers. In the fighting against Covid-19, in order to support medical professionals, the company made face shields using their technology and donated them to medical institutions, and also cooperated with other companies and organizations in designing and manufacturing face shields.

Regional revitalization from the perspective of international people -vol.11- (What made me, a French, come to like Misasa town, Tottori prefecture and decide to migrate to the town, by Mr. Lieven Anthony ) 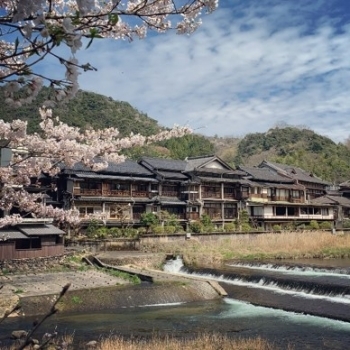 Mr. Lieven from France came across Misasa town, Tottori prefecture when he started his carrier as a coordinator for international relations of JET (The Japan Exchange and Teaching) programme after he graduated a university. Whereas he had left the town for a while afterwards, he made his mind to come back to Misasa town again. He was willing to contribute to the town and started working in the field of inbound tourism promotion and transmitting information of the town as a member of community reactivating cooperation team.