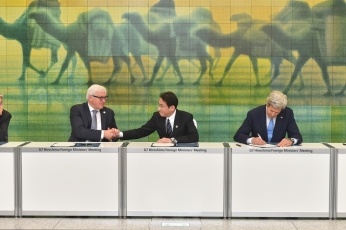 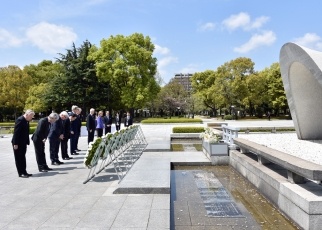 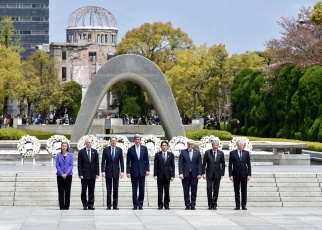 1. On Monday April 11, my fellow G7 Foreign Ministers and I visited the Hiroshima Peace Memorial Museum and laid a wreath at the Cenotaph for the Atomic Bomb Victims.

2. At the Hiroshima Peace Memorial Museum, I guided my fellow Ministers to show the reality of an atomic bombing, which I believe helped them deepen their understanding. I also accompanied my fellow Ministers to the Cenotaph for the Atomic Bomb Victims where we laid a wreath together. Afterwards, by Secretary Kerry’s proposal, Minister Kishida and the other G7 Foreign Ministers made an impromptu visit to the Atomic Bomb Dome.

3. This was the first visit to the Hiroshima Peace Memorial Park by all the G7 Foreign Ministers, and I believe we made a historical step forward which will revive a momentum toward realizing a world free of nuclear weapons.