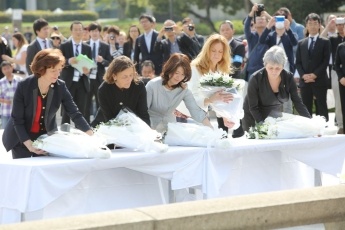 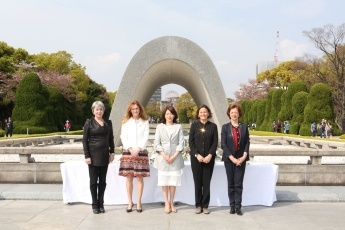 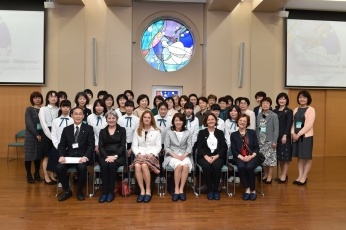 The spouses of the Foreign Ministers joined Mrs. Kishida on a trip to Hiroshima Peace Memorial Park. There they visited and toured the Hiroshima Peace Memorial Museum. The spouses of the Foreign Ministers also listened to testimonies from atomic bomb survivors after which they laid flowers at the Cenotaph for the Atomic Bomb Victims.

The group also visited Hiroshima Jogakuin Senior High School, from which Mrs. Kishida graduated. Students there informed the spouses about peace education at the school and then engaged in a lively exchange of ideas with them.