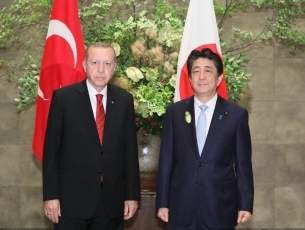 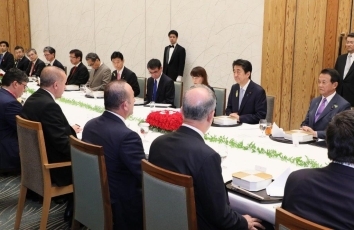 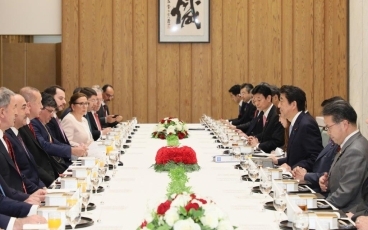 On July 1, Mr. Shinzo Abe, Prime Minister of Japan, held working dinner with H.E. Mr. Recep Tayyip Erdoğan, President of the Republic of Turkey, who is visiting Japan to attend the G20 Osaka Summit from 6:40p.m. for approximately 60minutes. The overview of the meeting is as follows.

1. At the beginning, Prime Minister Abe welcomed President Erdoğan’s visit to Japan. Prime Minister Abe stated that, under the leadership of the two leaders, Japan and Turkey have seen their relationship evolve from historically friendly nations to strategic partners over the past six years, that while the two countries have steadily cooperated in a range of areas such as politics, economy, and culture, Japan’s cooperation with Turkey, a regional power, still has far greater potential, and that Japan attaches importance to cooperation in other wide-ranging areas as well, including education, disaster risk reduction, and energy. In response, President Erdoğan said he was pleased to be able to visit Japan, a friend of Turkey, and congratulated Prime Minister Abe for his successful presidency of the G20 Osaka Summit.