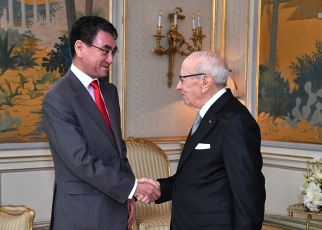 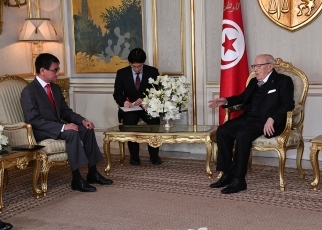 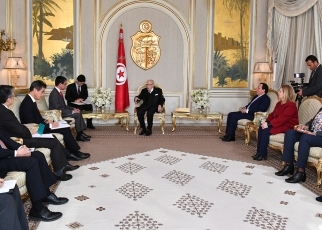 On December 26th, commencing at 10:15 AM (local time, 6:15 PM December 26th Japan time) for apporiximately 15 minutes, Mr. Taro Kono, Minister for Foreign Affairs, paid a courtesy call on H.E. Mr.Beji Caid Essebsi, President of the Republic of Tunisia during his visit to Tunisia. The overview of the meeting is as follows.