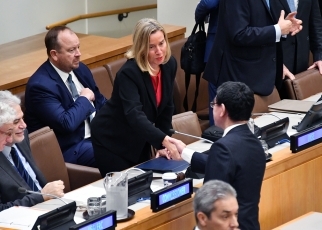 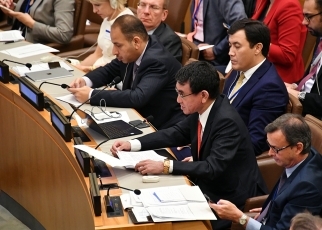 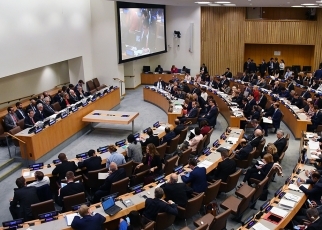 On September 26th (Wednesday),Mr. Taro Kono, Minister for Foreign Affairs of Japan, attended the EU-hosted High Level Meeting on Syria in New York. This meeting was held as follow-up to the Second Brussels Conference on Supporting the Future of Syria and the Region in April this year.

1. Minister Kono expressed his deep concern over the possibility of a large scale military conflict and the potential use of chemical weapons in Idlib province. Then, stressing that lasting peace and stability in Syria can only be achieved through the political process in Geneva and national reconciliation, Mr. Kono emphasized his strong support to the effort of Mr. Staffan de Mistura, UN special envoy for Syria including the establishment of the constitutional committee.

worth about 10 million USD through WHO to support health sector in Syria, introducing Japan’s principle of assistance to Syria to deliver humanitarian assistance to all Syrians facing difficulties.

3. In the conference, all participants confirmed the importance of advancing the political process, including the establishment of the constitutional committee and that there is no military option to solve the Syria crisis.

Page Top
Back to Japan-Syria Relations