Foreign Minister Motegi’s attendance at the opening ceremonies of the Palestine Business Prosperity Center, the Jericho Agro-Industrial Park (JAIP) and the Protective Shelter of the Great Bath of Hisham's Palace 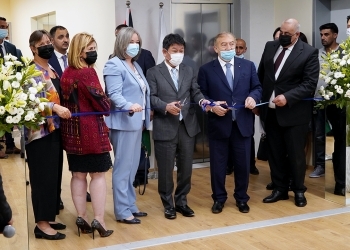 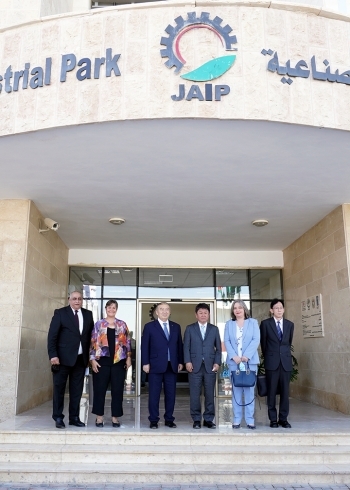 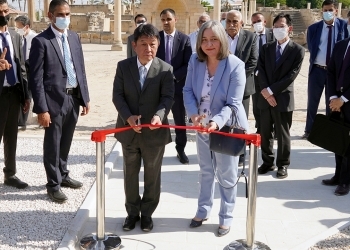 On August 17, commencing at 3:30 p.m. (local time; on August 17, 9:30 p.m. JST) for approximately 15 minutes, Mr. MOTEGI Toshimitsu, Minister for Foreign Affairs of Japan, attended the inauguration ceremony of the Palestine Business Prosperity Center at the Jericho Agro-Industrial Park (JAIP), Japan‘s flagship project of “Corridor for Peace and Prosperity” initiative. He was briefed by H.E. Mr. Khalid Al Osaili, Minister of National Economy of Palestine during his tour at the center.
After that, on the same day, commencing at 4:00 p.m. (local time; August 17, 10:00 p.m. JST) for approximately 15 minutes, Minister Motegi attended, with Ms. Rula Maaya, Minister of Tourism and Antiquities, the opening ceremony of the Protective Shelter of the Great Bath at Hisham's Palace, which Japan has supported under "the Project for the Construction of the Protective Shelter and the Presentation of the Great Bath at Hisham’s Palace".