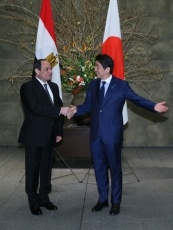 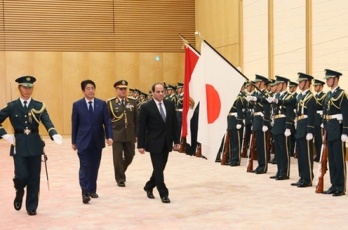 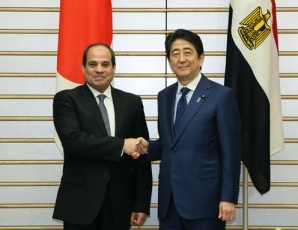 On Monday, February 29, commencing at around 6:43 p.m. for approximately 50 minutes, Mr. Shinzo Abe, Prime Minister of Japan, held a summit meeting at the Prime Minister’s Office with H. E. Mr. Abdel-Fattah El-Sisi, President of the Arab Republic of Egypt, who was making an official working visit to Japan. The overview of the meeting is as follows. 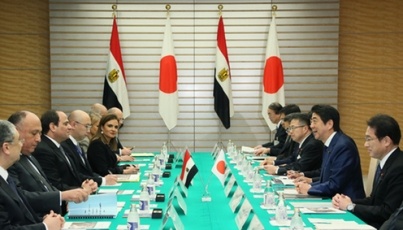 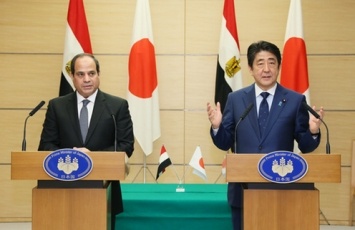 1. Prime Minister Abe stated the following in the opening remarks.
I am very happy to be meeting with President El-Sisi in Japan. I was greatly impressed by President El-Sisi’s wonderful speech delivered to the National Diet today. Egypt is a cornerstone of stability in the Middle East, and I would like to pay my respect for President El-Sisi’s efforts to achieve stability and development.

2. In response, President El-Sisi expressed his great pleasure in visiting Japan, an excellent country that he admires, and stated that he hopes this visit to Japan will advance bilateral relations in an even more positive direction.

1. Prime Minister Abe stated the following.
Japan intends to assist at public and private levels Egypt’s efforts to achieve stability and development. A Joint Meeting of the Japan-Egypt Business Committee will take place, and I am pleased to hear about the planned signing of documents related to business initiatives with participation by Japanese companies worth a total of about two trillion yen. The Government of Japan will proactively support activities by Japanese companies and also intends to extend new ODA loan totaling about 41.1 billion yen for the Electricity Distribution System Improvement Project. The construction of the Grand Egyptian Museum is a symbol of friendly cooperative relations between the two countries, and Japan will expeditiously proceed with the consultation of additional yen loan aimed at an early completion. Japan will cooperate in the reinforcement of the healthcare system, and cultivation of human resources, such as doctors and nurses, and other activities aimed at realizing universal health coverage in Egypt and contribute in raising the level of medical care in Egypt by utilizing medical equipment and technologies from Japanese companies.

Education and human resource training are the foundation of nation building. Japan intends to strengthen cooperation in doubling the number of Egyptian exchange students and trainees in order to promote the adoption of Japanese-style education via the Egypt-Japan Education Partnership (EJEP). Japan will continue assistance in the advancement of the Egypt-Japan University of Science and Technology (E-JUST), the core component of cooperation in the fields of higher education and science and technology between the two countries. 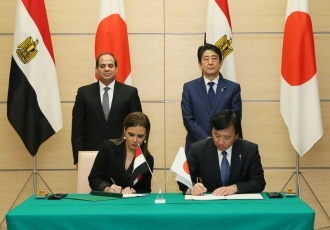 2. In response, President El-Sisi stated that he wishes to use this visit to Japan to deepen cooperation in the fields of education, economy and development, and energy and transportation. 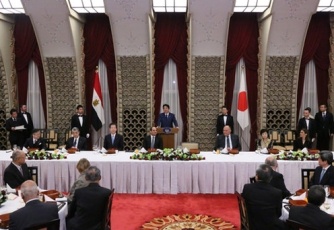 The two leaders agreed to contribute to regional and global peace, stability, and prosperity as non-permanent member countries of the United Nations Security Council. They also exchanged views on regional affairs in which the two countries share interests.