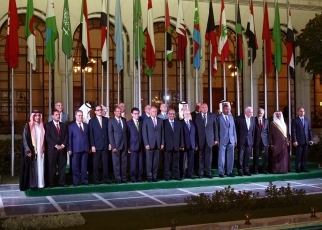 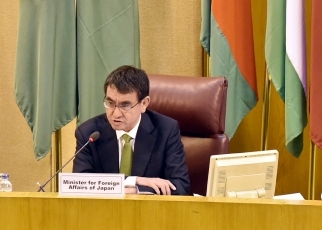 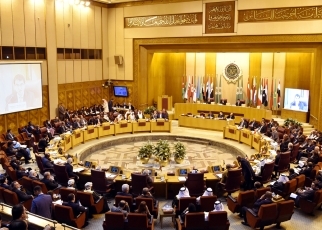 On September 11, from 6:30 p.m. for approximately 3 hours and a haf, the first Japan-Arab Political Dialogue was held in Cairo, Egypt. The overview is as follows. H.E. Mr. Ahmed Aboul Gheit, Secretary General of League of Arab States, hosted the meeting and H.E. Mr. Taro Kono, Minister for Foreign Affairs, attended as representative of the Government of Japan, co-chairing with H.E. Mr. Abdelkader Messahel, Minister of Foreign Affairs of the People’s Republic of Algeria. A joint statement was adopted at the end of the meeting.

2 The overview of the meeting