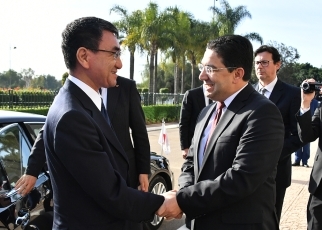 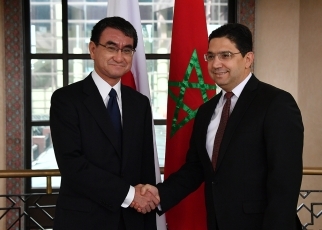 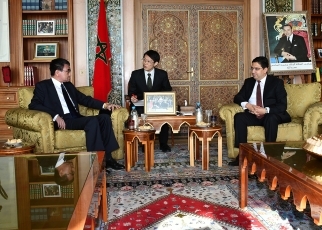 On December 24th, commencing at 11:05 AM (local time, 7:05 PM Japan time) for approximately 3 hours and 15 minutes, Mr. Taro Kono, Minister for Foreign Affairs held a meeting with H.E. Mr. Nasser BOURITA, Minister of Foreign Affairs and international cooperation of the Kingdom of Morocco in Rabat, Morocco during his visit. The overview of the meeting is as follows.