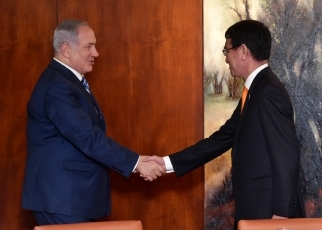 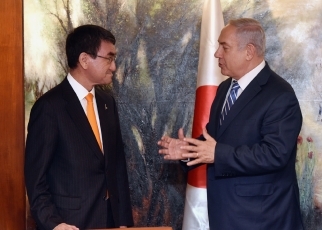 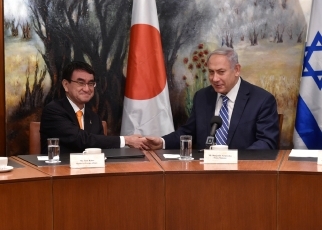 On December 25, from 17:35hrs local time for approximately 55 minutes, H.E. Mr. Taro Kono, Minister for Foreign Affairs, paid a courtesy call on H.E. Mr. Benjamin Netanyahu, Prime Minister and Minister of Foreign Affairs of the State of Israel, during his visit to Israel. The overview is as follows.
1 In the beginning, Minister Kono, by mentioning that this year marks the 65th anniversary since the establishment of Japan-Israeli diplomatic relationship, welcomed the development of the bilateral relations through high-level visits and expressed his expectation that Investment Agreement which came into effect in October this year would boost further the bilateral economic relationship which has been developed rapidly in the past few years. Minister Kono, referring to his visit to Hebrew university, appreciated Israel's advanced technologies and reaffirmed to further advance the bilateral cooperation. In response, Prime Minister Netanyahu stated that he would like to further develop the bilateral relationship, which is complemental to each other. Moreover, Minister Kono and Prime Minister Netanyafu shared a common understanding for accelerating the process towards an early conclusion of a working holiday scheme. 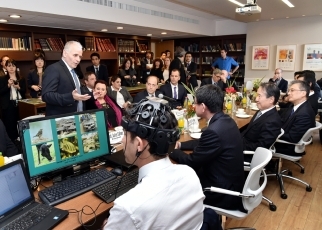 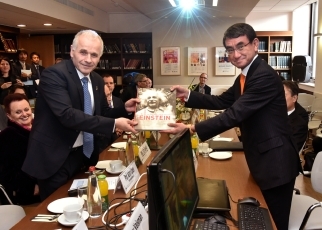 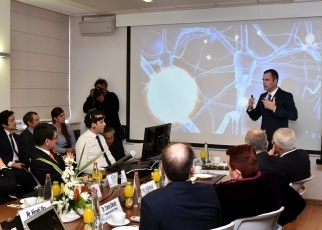 2 Minister Kono and Prime Minister Netanyafu exchanged their views on the Middle East Peace Process. Minister Kono urged a constructive engagement of Israel in advancing the Peace Process. Emphasizing the importance of enduring efforts as the "Corridor for Peace and Prosperity" initiative, which has to be implemented by concerned parties of Peace in such complicated situation. In reply, Prime Minister Netanyahu pointed out the role of the United States in this issue, as well as the importance of solving this issue through the negotiation between the concerned parties.
3 Regarding the issues of North Korea, Minister Kono emphasized the importance of elevating pressure on NK by all means including the full implementation of the UNSC resolutions. Minister Kono also expressed expectation for the understanding and cooperation of Israel towards an early resolution of the abduction issue.