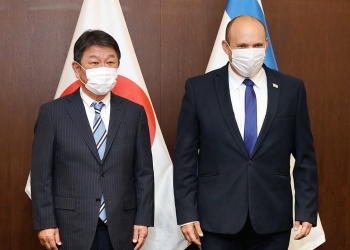 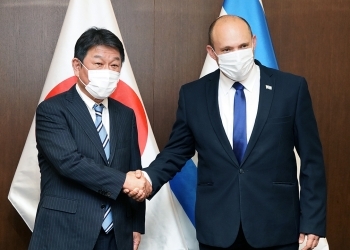 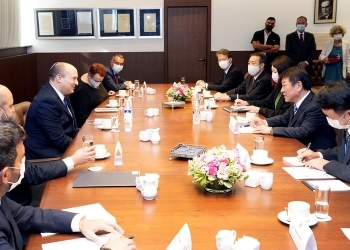 On August 18, commencing at 4:30 p.m. (local time; on August 18, 10:30 p.m. JST) for 50 minutes, Mr. MOTEGI Toshimitsu, Minister for Foreign Affairs of Japan paid a courtesy call on H.E. Mr. Naftali BENNETT, Prime Minister of the State of Israel, during his visit to Israel. The overview of the courtesy is as follows.