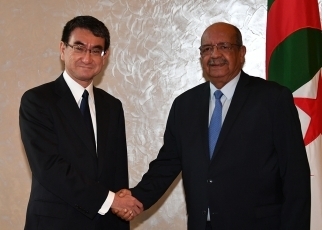 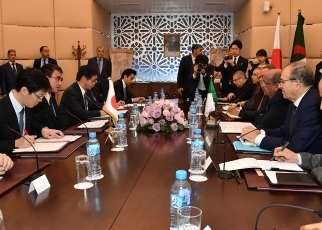 On December 27, commencing at 8:35 AM (local time, 04:35 PM Japan time) for appriximately 90 minutes, Mr. Taro Kono, Minister for Foreign Affairs, held a meeting with H.E. Mr. Abdelkader MESSAHEL, Minister of Foreign Affairs of the People's Republic of Algeria, during his visit to Algeria.  The overview of the meeting is as follows.  A luncheon hosted by H.E. Mr. Messahael was held later the same day.

Page Top
Back to Japan-Algeria Relations