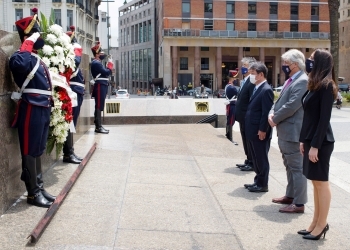 Offering a wreath at Plaza Independencia 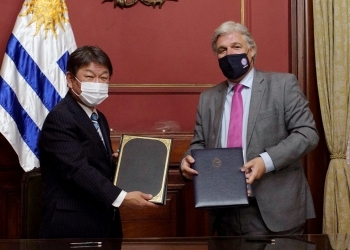 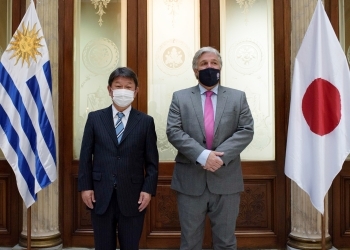 On January 6, commencing at 3:00 p.m. local time (3:00 a.m. on January 7 Japan time) for approximately one hour and thirty minutes, Mr. MOTEGI Toshimitsu, Minister for Foreign Affairs of Japan, who is currently visiting Uruguay, held a meeting with H. E. Mr. Francisco Bustillo, Minister of Foreign Affairs of the Oriental Republic of Uruguay. Following this, at 5:00 p.m., (5:00 a.m. on January 7 Japan time), he paid a courtesy call to H. E. Mr. Luis Lacalle Pou, President of the Oriental Republic of Uruguay, for 30 minutes. Additionally, prior to the meeting and courtesy call, at 11:30 a.m. on the same day (11:30 p.m. on January 6 Japan time), Minister Motegi also held a 20-minute discussion with officials from the Organizing Committee for the Centennial of Diplomatic Relations between Japan and Uruguay and with the President of the Japanese Association of Uruguay. The overview of these meetings is as follows.

During this visit, describing Uruguay as a model for values such as democracy can take root and as a promoter of free trade, Minister Motegi affirmed that he would use the 100th anniversary of the establishment of diplomatic relations between Japan and Uruguay as an opportunity to strengthen the strategic partnership between the two countries, with a view to maintaining and strengthening a free and open international order based on the rule of law. 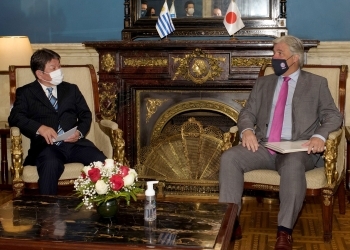 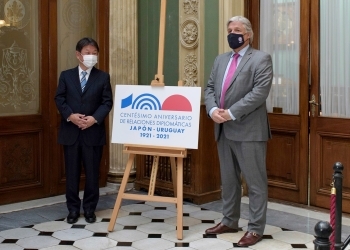 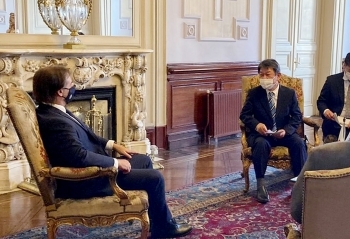 Courtesy Call to President Luis Lacalle Pou Photo: Office of the President of the Oriental Republic of Uruguay

3. Meetings with Chairman Hodara of the Organizing Committee for the Centennial of Diplomatic Relations between Japan and Uruguay and President Koki Kunizawa of the Japanese Association of Uruguay 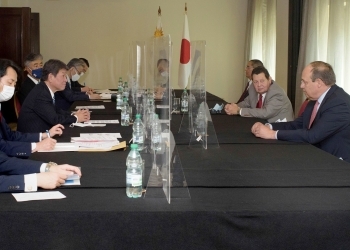 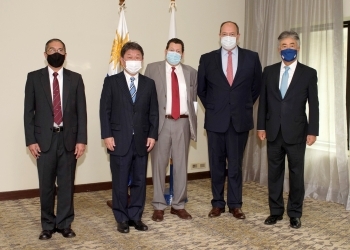