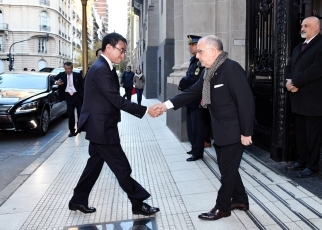 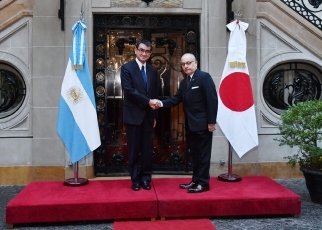 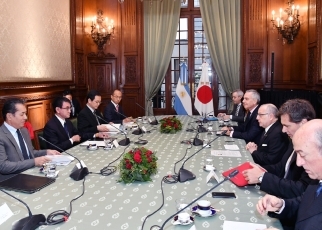 On May 22, commencing at 8:30 a.m. (local time; 8:30 p.m. on May 22, Japan time) for approximately 30 minutes, Mr. Taro Kono, Minister for Foreign Affairs, who is visiting the Argentine Republic to attend the G20 Foreign Ministers' Meeting, held a foreign ministers' meeting with H.E. Mr. Jorge Marcelo Faurie, Minister of Foreign Affairs and Cult of the Argentine Republic. The overview of the meeting is as follows.

(Reference) Technical cooperation “One Village One Product (OVOP)” Project (Official name: “Project of the Strengthening of Institutional Capacities of Local Development”) aims to contribute to finding, forming and supporting regionally-led regional development initiatives (such as village revitalization that utilizes local agricultural products, handicrafts and other specialty goods, and tourism resources such as the natural environment and cultural heritage), which are coordinated at the level of province, city, town and village, with Argentina’s Ministry of Social Development as the core implementing organization. The Project was adopted in May this year.