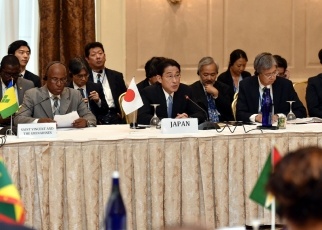 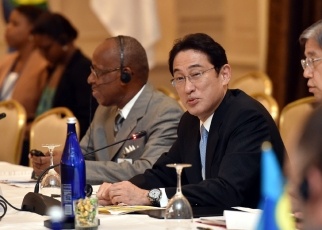 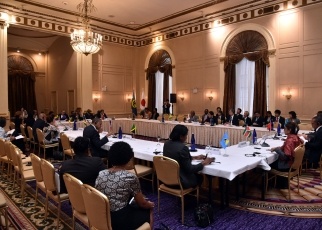 On Wednesday, September 21,  Mr. Fumio Kishida, Minister for Foreign Affairs, who was visiting New York to attend the United Nations General Assembly, held the Fifth Japan-CARICOM Ministerial-Level Conference with the Caribbean Community (CARICOM) member states(Note 1), which comprise of 14 countries in the Caribbean region. The overview of the conference is as follows. (Attendees from the CARICOM side were the Hon. Sir Louis Hilton Straker, Deputy Prime Minister and Minister of Foreign Affairs, Trade and Commerce of Saint Vincent and the Grenadines (Co-Chair), the Hon. Maxine McClean, Minister of Foreign Affairs and Foreign Trade of Barbados, Senator the Honorable Dennis Moses, Minister of Foreign and CARICOM Affairs of the Republic of Trinidad and Tobago, and others (Note 2)).

Page Top
Back to Japan-CARICOM Relations