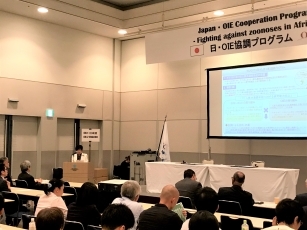 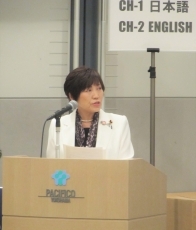 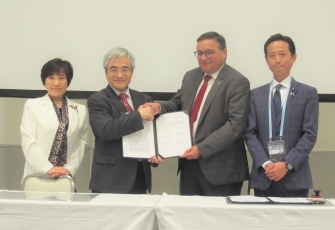 1. At the beginning of her speech, State Minister Abe stated that it is a win-win effort for both developing and developed countries to prevent cross-border spread of zoonotic diseases and protect livestock, employment, and families. Moreover, State Minister Abe expressed her expectation that this event will further strengthen Japan-OIE cooperation and Japan-OIE cooperation program will also contribute to Africa’s combat against zoonoses. With the presence of State Minister Abe, a signing ceremony for the Letter of Intent for partnership between OIE and JICA as well as a panel discussion took place.

2. The side event confirmed the importance to enhance effort to solve zoonotic disease, an agenda highlighted as one of emerging challenges by Yokohama Declaration 2019 at TICAD7. To this end, participants shared the view that the relevant parties, including the Ministry of Foreign Affairs, JICA, OIE, and institutions and researchers from home and abroad, should work together to improve research capacity on zoonoses as well as surveillance and response to infectious diseases through community management among others.