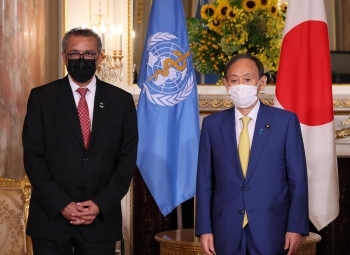 On July 22, H.E. Dr. Tedros Adhanom, Director-General of the World Health Organization (WHO), paid a courtesy call to Mr. SUGA Yoshihide, Prime Minister of Japan, for approximately 25 minutes. The overview of the meeting is as follows;