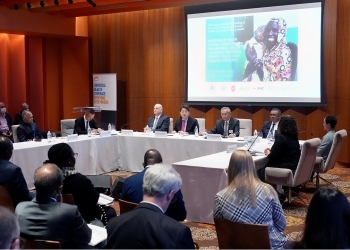 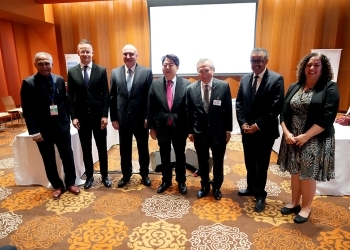 On September 21, commencing at around 11:00 a.m. (local time. 0:00 on September 22 Japan time) for about 90 minutes, Mr. HAYASHI Yoshimasa, Minister for Foreign Affairs of Japan, visiting New York to attend the United Nations General Assembly, co-hosted the Ministerial Meeting of the Group of Friends of Universal Health Coverage (UHC). The overview of the meeting is as follows:

Universal Health Coverage (UHC): To ensure that all people can receive the quality health services they need at an affordable cost without financial hardship.