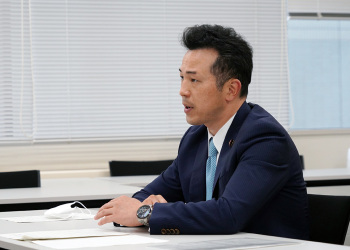 On March 31st, Mr. UTO Takashi, State Minister for Foreign Affairs of Japan, attended the Climate and Development Ministerial, a meeting in virtual format hosted by the United Kingdom.

The meeting was hosted by the UK in virtual format with the aim to raise the momentum of climate actions towards COP26. The theme of this meeting was cross-cutting agenda, such as climate, development and recovery from COVID-19, where 37 countries and 17 organizations including G7 countries and developing countries such as South Africa, India and Fiji participated in the meeting. Participants discussed intensively the ways to support vulnerable countries against climate change.