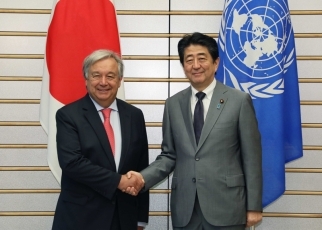 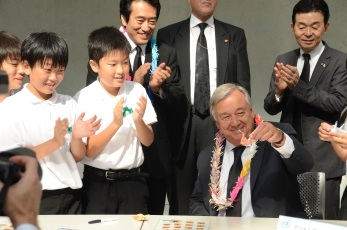 On August 8, commencing at 9:20 a.m. for approximately sixty-five minutes, Prime Minister Abe held a meeting with Secretary-General Guterres. After the meeting, the two sides had a joint press announcement.
Prime Minister Abe and Secretary-General Guterres, who flew together to Nagasaki by the Japanese government airplane, had frank exchange of views during the flight.

(d) Global and other issues