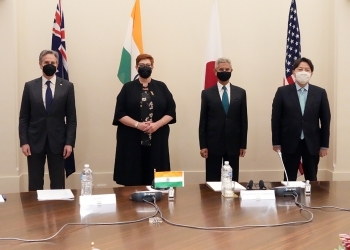 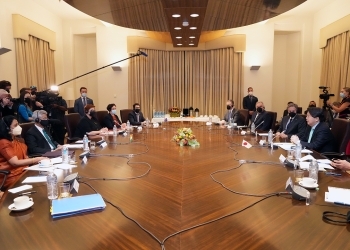 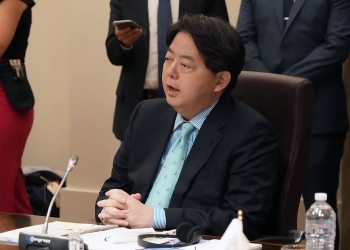 On February 11, commencing at 4:00 p.m. (AEDT, at 2:00 p.m. JST), for approximately 4 hours, Mr. HAYASHI Yoshimasa, the Minister of Foreign Affairs of Japan, during his visit to Melbourne, attended the Fourth Japan- Australia-India-U.S. (Quad) Foreign Ministers’ Meeting and the following dinner, with Senator the Hon Marise Payne, Minister for Foreign Affairs of the Commonwealth of Australia, H.E. Dr. Subrahmanyam Jaishankar, External Affairs Minister of India, and The Honorable Antony Blinken, Secretary of State of the United States of America. After the meeting, the Ministers issued a Joint Statement (English (PDF)

). The overview of the meeting and the dinner is as follows.