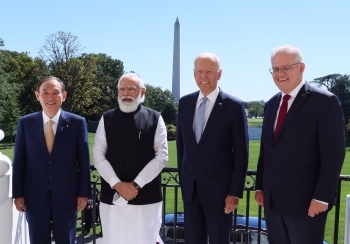 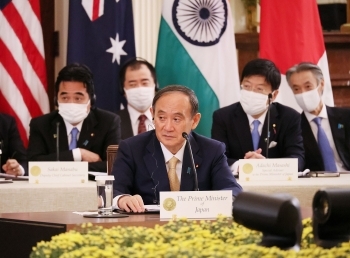 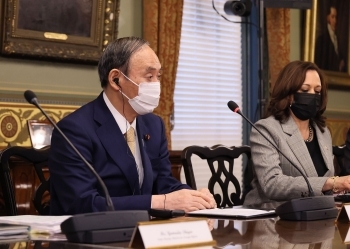 On September 24, commencing at 2:00 p.m. (EDT, on 25, at 3:00 a.m. JST) for approximately 2 hours and 20 minutes, Mr. SUGA Yoshihide, Prime Minister of Japan, during his visit to Washington DC, attended the Japan-Australia-India-U.S. Summit Meeting with the Hon Scott Morrison, MP, Prime Minister of the Commonwealth of Australia, H.E. Mr. Narendra Modi, Prime Minister of India, and The Honorable Joseph R. Biden, Jr. President of the United States of America. After the summit, Joint Statement (English (PDF)

) were released. The overview of the meeting is as follows.