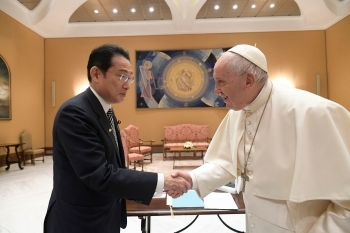 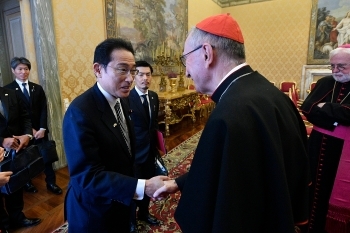 On May 4, commencing at 8:20 a.m. (local time; 3:20 p.m. JST), for approximately 30 minutes, Prime Minister Fumio Kishida, who is visiting Vatican, had an audience with His Holiness Pope Francis, and then for approximately 55 minutes, held a meeting with H. Em. Card. Pietro Parolin, Secretary of State of Vatican. An overview is as follows.

1. Audience with His Holiness Pope Francis

Page Top
Back to Japan-Vatican Relations