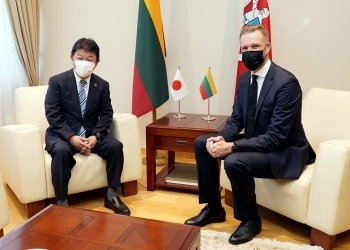 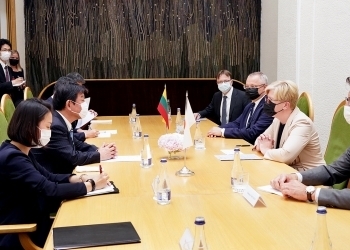 After the meeting, commencing at 1:00 p.m. local time(same day, 7:00 p.m. JST) for 30 minutes, Minister Motegi paid a courtesy call on H.E. Ms. Ingrida Simonyte, Prime Minister of the Republic of Lithuania.
The overview of the series of meetings is as follows.