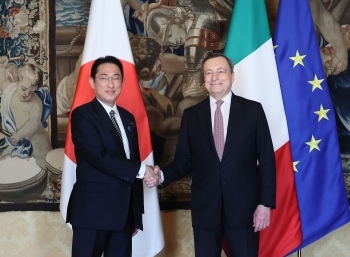 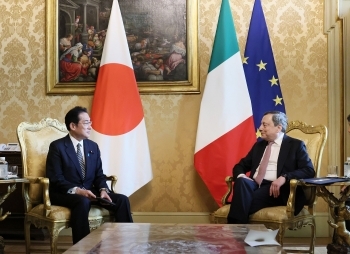 On May 4, commencing at 0:40 p.m. (local time; 7:40 p.m. JST), for approximately one hour and 40 minutes, Mr. KISHIDA Fumio, Prime Minister of Japan, who is visiting the Italian Republic, held a summit meeting and working lunch with H.E. Mr. Mario Draghi, President of the Council of Ministers of the Italian Republic. An overview is as follows.