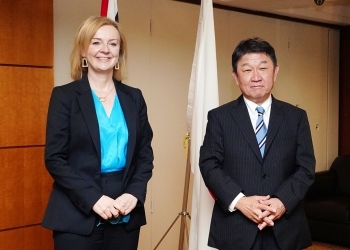 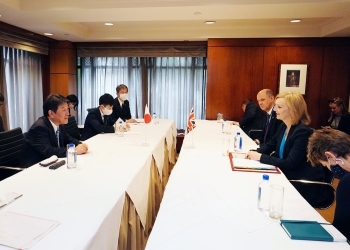 On September 22, commencing at 4:20 p.m. (5:20 a.m. on September 23, Japan time) for approximately 40 minutes, Mr. MOTEGI Toshimitsu, Minister for Foreign Affairs of Japan, who is visiting New York in the United States to attend the United Nations General Assembly, held a meeting with the Rt Hon Elizabeth Truss MP, Secretary of State for Foreign, Commonwealth and Development Affairs, Minister for Women and Equalities of the United Kingdom. The overview of the meeting is as follows.