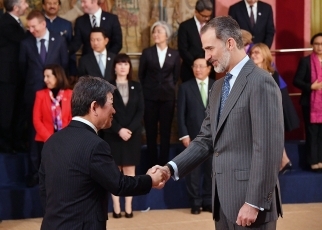 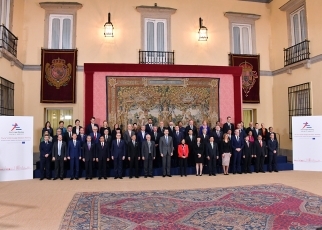 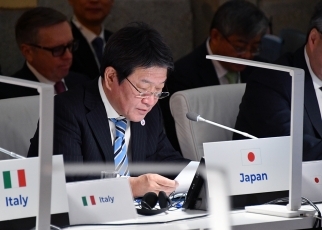 1. On December 15 and 16, the 14th ASEM (Asia-Europe Meeting) Foreign Ministers’ Meeting was held in Madrid, the Kingdom of Spain, and Mr. MOTEGI Toshimitsu, Minister for Foreign Affairs, attended from Japan.

3. (1) As the lead speaker for the first plenary session, Minister Motegi remarked on the importance of upholding the rules and order of the international community upon which multilateralism is based and keeping these rules updated to cope with social and economic changes, as well as of solving bilateral and multilateral problems in accordance with common rules.

(2) At the first plenary session, many countries stated that multilateralism is important for addressing issues related to climate change and international trade, touching on the importance of the rule of law and other principles. At the second plenary session, many countries commented on the importance of strengthening connectivity that ASEM has been promoting, efforts for achieving the Sustainable Development Goals (SDGs), and women’s empowerment, noting the initiatives of member countries and the EU. At the retreat session, ministers exchanged views regarding regional issues, including the Korean Peninsula, Rakhine State, and Iran, along with maritime security.

4. On the margins of the meeting, Minister Motegi held meetings with the High Representative of the EU and the foreign ministers of Norway, Cambodia, Romania, Czech Republic, Sweden, and Ireland, respectively.

(Reference) Asia-Europe Meeting (ASEM)
ASEM was established in 1996 as a forum for dialogue between Asia and Europe. Presently 51 countries from Asia and Europe and 2 organizations are members. Summits and Foreign Ministers’ Meetings are held in alternating years every year (both are organized biennially).