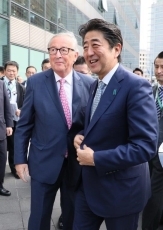 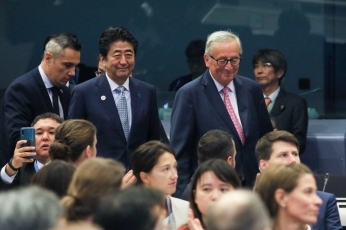 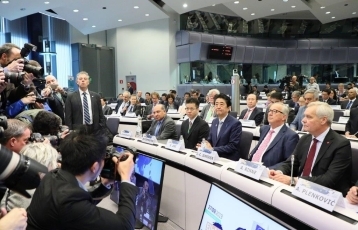 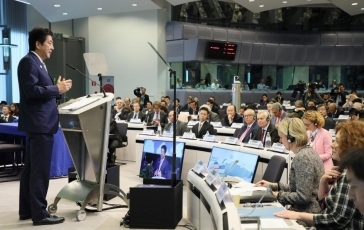 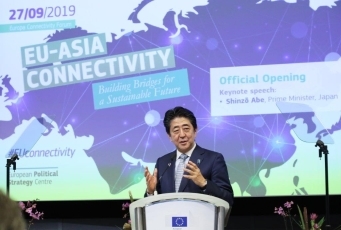 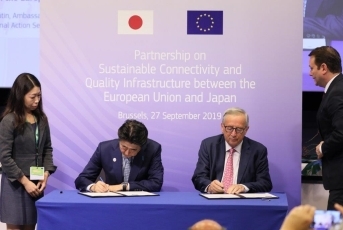 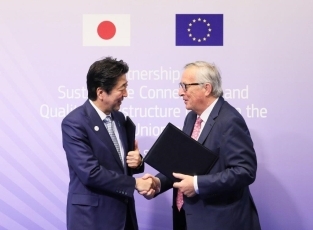 (2) The Japan-EU Economic Partnership Agreement (EPA) contributes not only to developing Japan-EU economic relations but also to countering protectionism. Taking into account Prime Minister Abe’s launch of the “Osaka Track” at the G20 Summit in Osaka, Japan and the EU will collaborate toward promoting data flow in a manner that protects personal rights.

(3) For connectivity, it is important to ensure transparency and fair competition based on rules. Furthermore, there must not be excessive dependence on a single country. The EU invests in infrastructure in the West Balkans and in human resources in Africa. Connectivity between Europe and Asia is essential, and Japan and the EU will set an example.

(4) Looking ahead to the Olympic Games in Japan, we intend to start negotiations of an agreement on PNR (passenger name record).


3. Prime Minister Abe and President Juncker then signed a document entitled “The Partnership on Sustainable Connectivity and Quality Infrastructure between Japan and the European Union

.”
4. On this occasion, the Japanese and EU’s development authorities confirmed Japan-EU cooperation in the field of development