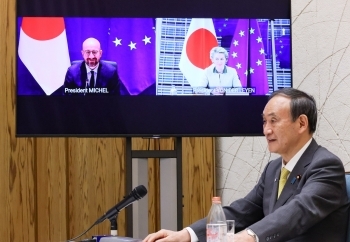 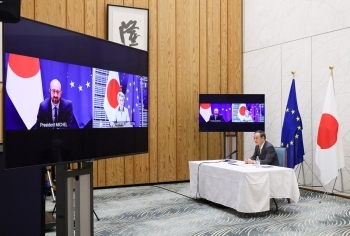 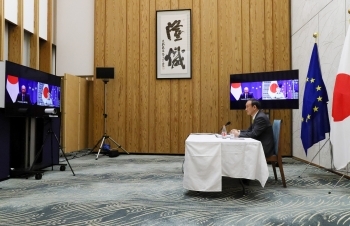 ) and a document on Japan-EU Green Alliance (English (PDF)

) were issued after this summit. The overview of the summit is as follows.

5. The Next Japan-EU Summit

Both sides shared the view that they would coordinate to hold the next face-to-face Japan-EU Summit, and Prime Minister Suga stated that he looked forward to welcoming the two leaders in Japan.